Adelaide and Sheppard/Then and Now 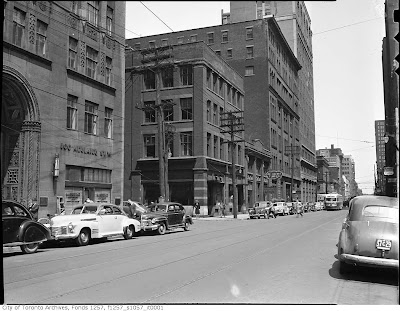 Looking east at the north side of Adelaide at Sheppard in the late 1940's.
The building on the left is The Concourse Building. This is before Adelaide was a one way street. Richmond and John/Then and Now 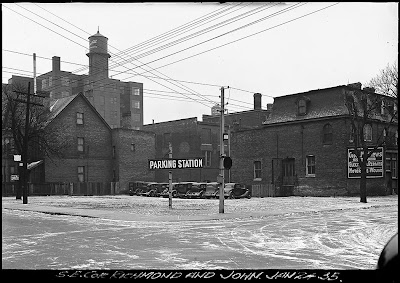 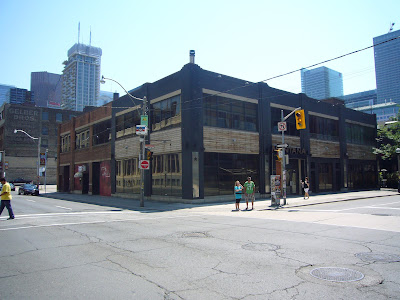 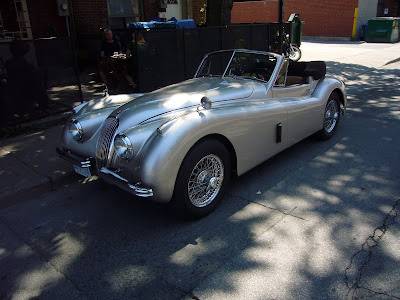 King and Church/Then and Now 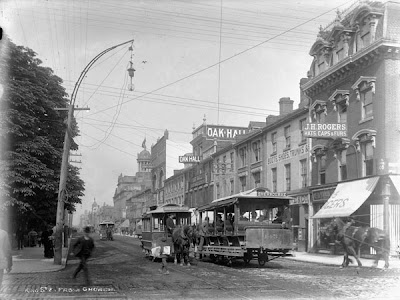 The south side of King Street from Church at the turn of the century. 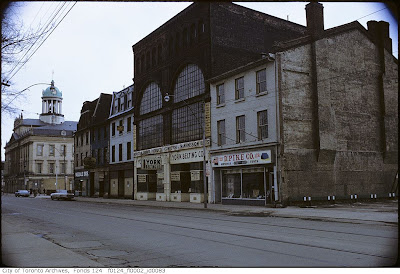 Back in the late 1960's when this was taken, King and Church was somewhat rundown and dreary. This had once been the main shopping street in the city and quite fancy.
Pasquale Brothers (seen here) later moved to 217 King Street and then to Etobicoke.
D. Pike Company is still in business as Pike's Awnings and now located in Woodbridge. 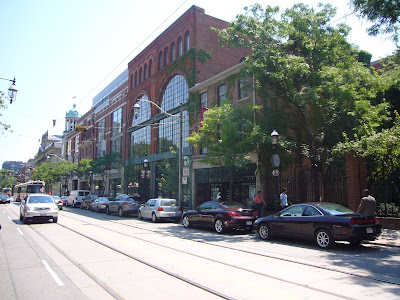 40 years later it's been revitalized.
Posted by GBC at 5:31 PM No comments:

King and Bathurst/Then and Now 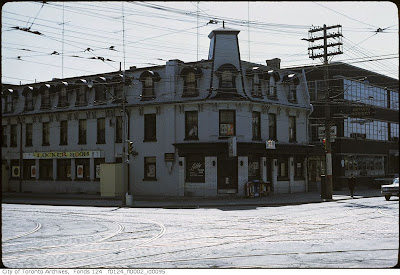 The Wheat Sheaf Tavern (1848) sometime in the late 1960's.
It was rumoured that a secret tunnel connected the Wheat Sheaf to nearby Fort York... 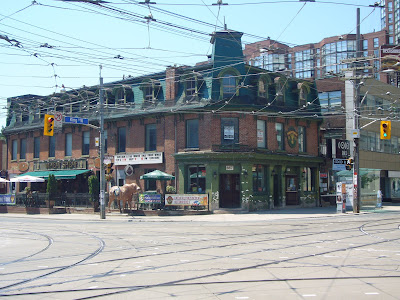 King and Dowling/Then and Now 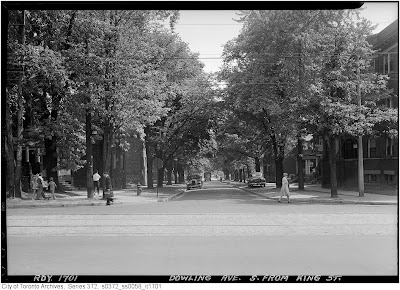 Looking south down Dowling Avenue from King in the 1940's. 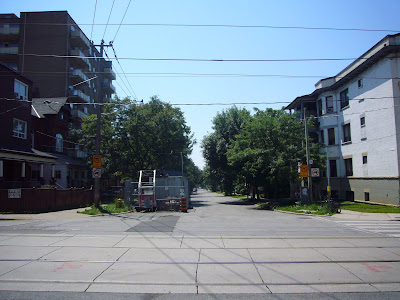 Adelaide and Portland/Then and Now 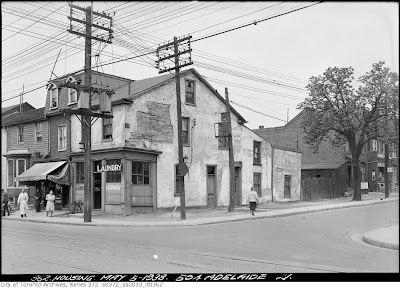 The N/W corner of Adelaide and Portland in May of 1933. Some repairs are definitely needed. 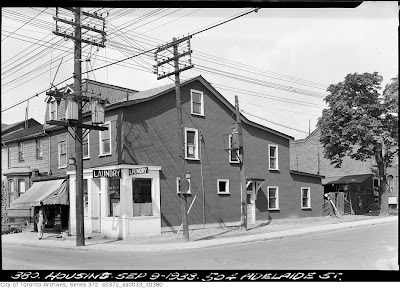 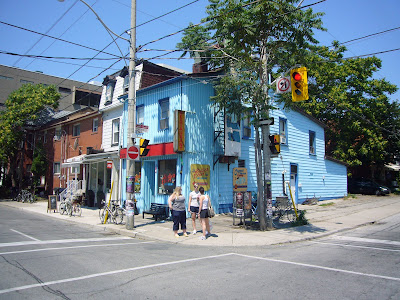 And now 78 years later, no longer a laundry it's now Sadie's Diner.
Posted by GBC at 5:09 PM No comments: