Queen and Dufferin/Then and Now 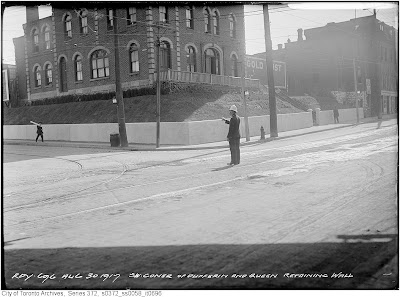 Two similar views nearly 100 years apart. The S/W corner of Queen and Dufferin in 1917. When the subway was completed in 1897 the road was graded to this level leaving several established earlier business' high and dry. The Union Hotel continued to operate for several years until it was demolished and the property was graded to match the new road level. 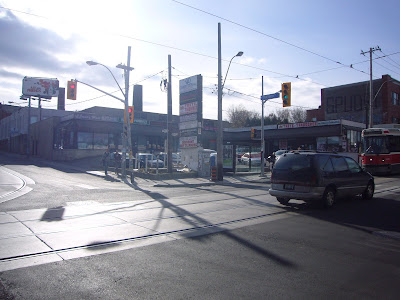 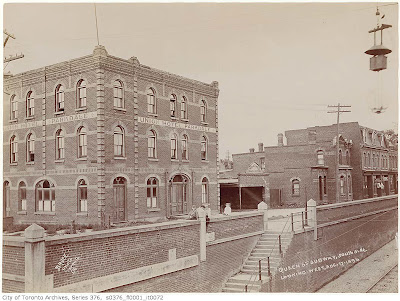 An earlier shot of the Union Hotel from 1896. This brick hotel replaced an earlier version that was destroyed by a devastating fire in 1880. At the time the nearest fire hydrant was at Queen and Stachan and hoses were run from the. In this photo the road has been lowered but the sidewalks remain at the original street level with stairs leading down to the street.
Posted by GBC at 3:42 PM No comments:

Crime MUST Pay the Penalty 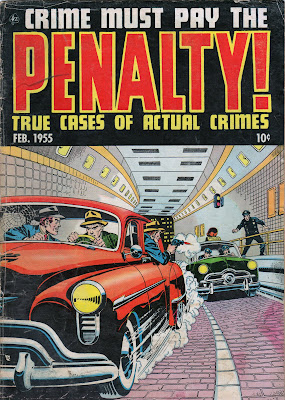 Another fine cover from Crime Must Pat the Penalty Feb. 1955. Nice use of dramatic perspective and colour. It looks like the Holland Tunnel in New York. The green car is a 1950 Ford and the red one looks like a Chrysler or a Desoto.
Posted by GBC at 8:40 AM No comments: