Bay and Walton/Then and Now 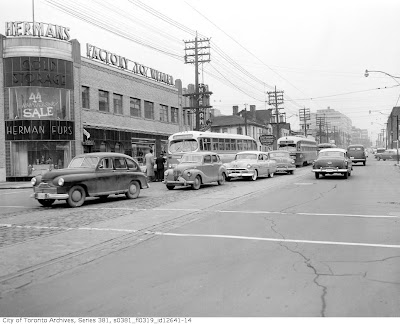 Looking north on Bay from Walton in the mid 1950's withe the Art Moderne Herman's Furs building on the left.
My father has this to say:
I looked at your Lost Toronto blog just now and saw the Bay and Walton photos. The first one brought back some memories.
The second car in the approaching queue is a 1949 Austin A40 Devon. The A40 was our first car. I don't think the one in your picture is it because the left headlight is missing and the licence plate is askew (not my car!).
I was in my second last year at U of T (1954) and your mother was working at Connaught Labs nearby. We were engaged and she decided we should have a car. I could drive and had my licence, but she couldn't and never did learn. She had saved most of her meagre salary for over a year and had a grand total of $400. We went shopping with her dad and bought the A40. Although it was in relatively good condition, Austins were not very well built. It was a 4-cylinder (40 HP) with a manual gearshift - 0 to 60 took 32 seconds! But we had a lot of fun in that car - several trips to Ottawa and all around Toronto and the "Golden Horseshoe". One winter trip to Ottawa is particularly memorable - there and back with the heater not working. That was uncomfortable.
We kept the Austin for a few years (until we had saved our $1,000 down payment for a small house in Scarborough) and then in 1957, I think, traded it in for a used 1956 VW Beetle. I can't say it was any more reliable, but I enjoyed driving it (even though the heater was virtually useless in the Toronto winter until it had been driven for 30 to 40 minutes). Traction in snow with the rear engine was great and I could snake around all the stranded American cars that had spun out. Ah, the simple joys of youth. 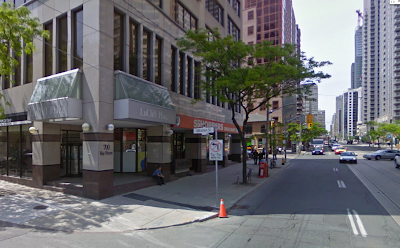 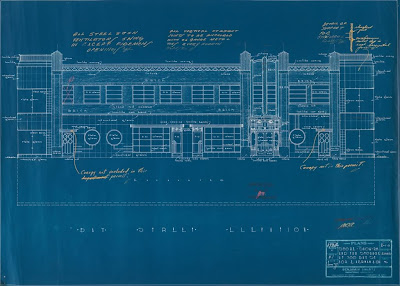 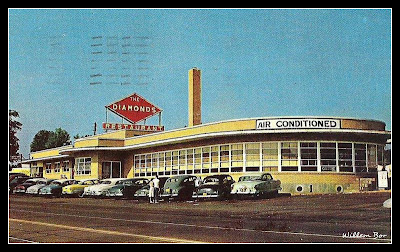