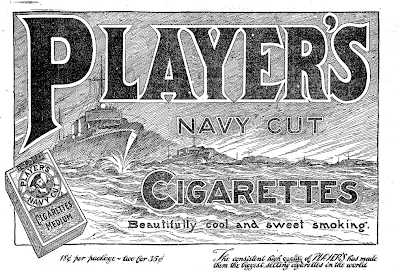 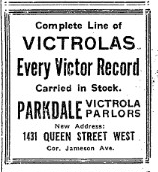 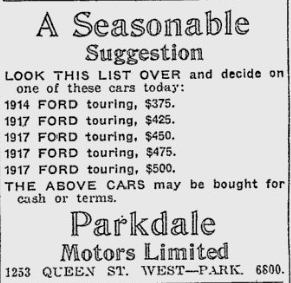 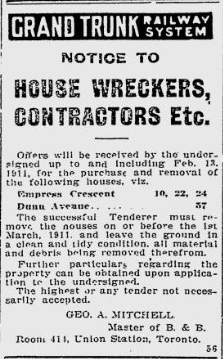 An advert from 1910 seeking someone to knock down a few houses in Parkdale for the Grand Trunk Railroad. 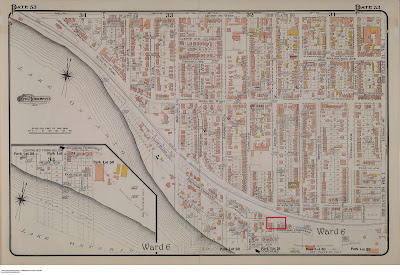 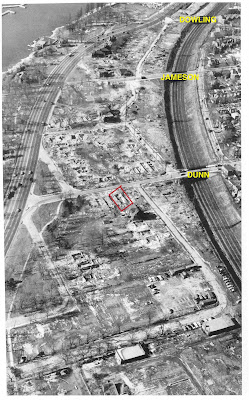 The demolition of four houses in 1911 was nothing compared to the wholesale destruction of South Parkdale in the late 1950's. The Gardiner Expressway was coming and this community was in the way!!
The red box indicates where my Grandparents' house was.
Posted by GBC at 5:45 PM No comments:

Dundas and Sterling/Then and Now

The south side of Dundas opposite Sterling Ave. some time in the late 1930's.

Labels: Dundas and Sterling/Then and Now

Bond and Shuter/Then and Now 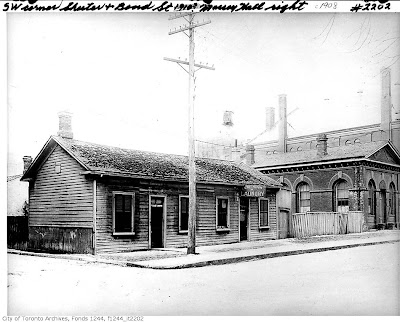 The S/W corner of Bond and Shuter in 1908. Massy Hall is to the extreme right. 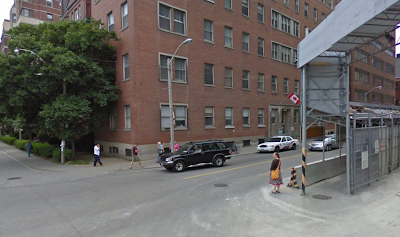 Yonge and Queen/Then and Now 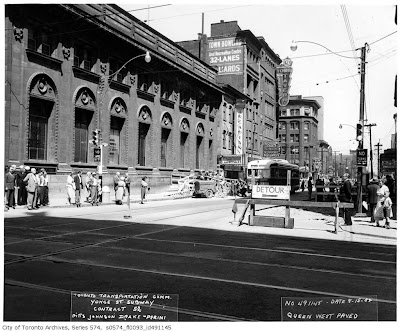 Looking east along Queen Street at Yonge in 1952.
Note the Arcadian Theatre, 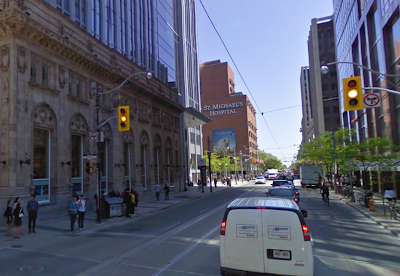