Queen and Gladstone/Then and Now 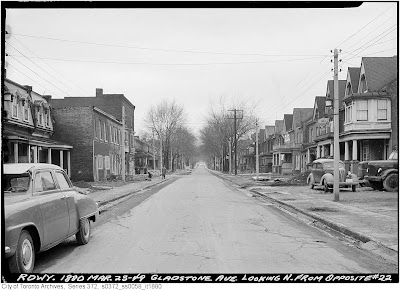 Looking north up Gladstone from just north of Queen in March of 1949. 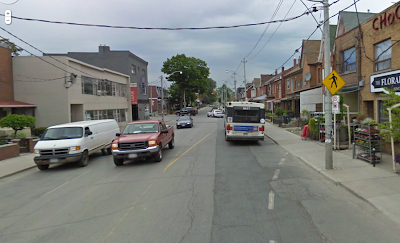 Labels: Queen and Gladstone/Then and Now

The George Brown House/Then and Now 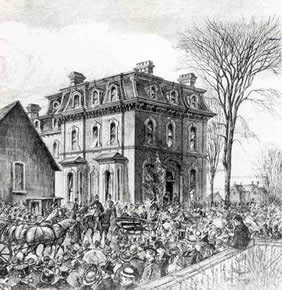 A crowd outside waits for news after the shooting in 1880.

Construction of the Brown’s residence began in 1874, and the family took possession of their new home in 1876. His enjoyment of the new home was short-lived as a disgruntled former employee from The Globe attacked Brown in his office and shot him. The leg wound became infected and brought about Brown’s death. After Brown’s death in 1880, his widow Ann remained in the house until 1886, when she returned to Scotland.

Thereafter, the house was purchased by Duncan Coulson, general manager of the Bank of Toronto in 1891. His family remained there until 1920 when the home was sold to the Pearson Hall for Blind Soldiers. In 1924, Pearson Hall was taken over by the Canadian National Institute for the Blind. In 1955, the Municipality of Metropolitan Toronto bought the property. 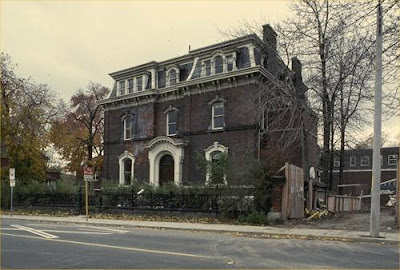 Before the restoration in 1983. 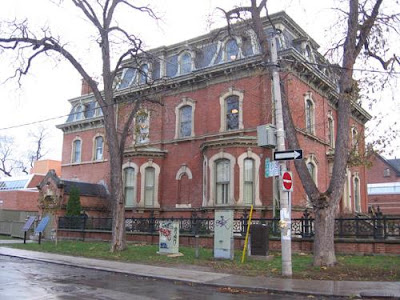 Queen and Beverly/Then and Now 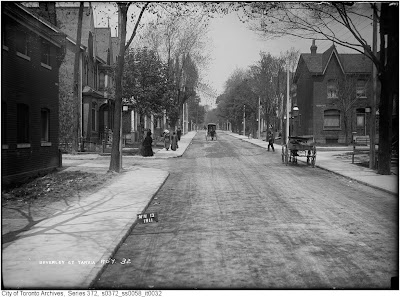 Looking north up Beverly Street in 1911. Not a car in sight. 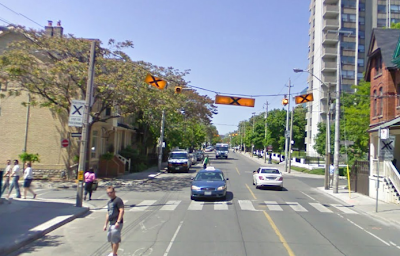 2010.
The first yellow brick house on the left was owned by my Uncle Albert Agnelli and my Aunt Margaret for the past 30 years and before that people I know had lived there while attending O.C.A.
Posted by GBC at 9:39 AM No comments: 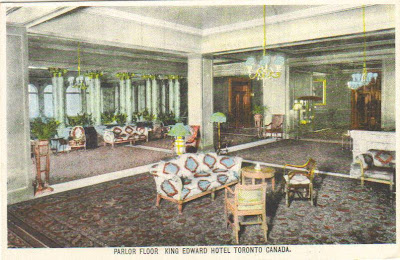 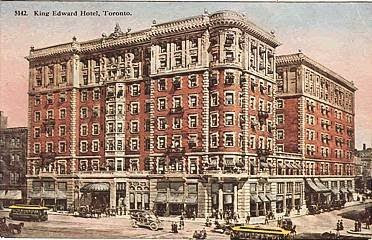 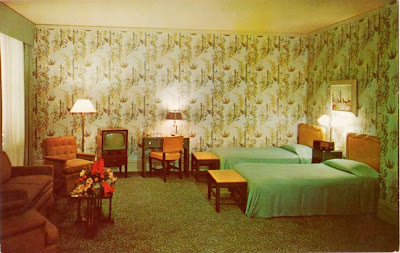 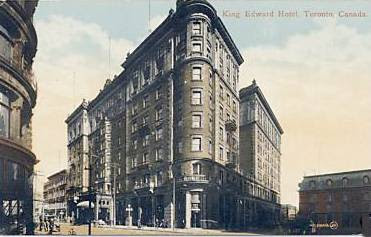 A collection of vintage postcards of the King Edward Hotel.
Posted by GBC at 9:34 AM No comments: 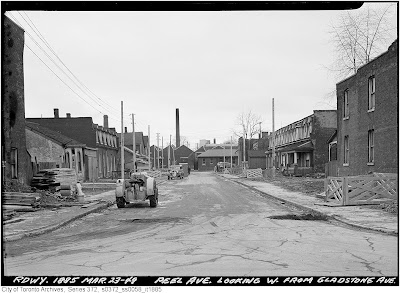 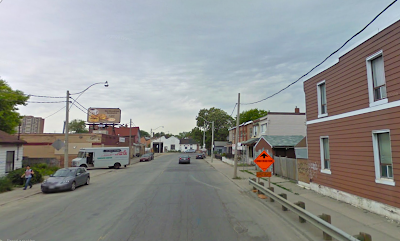 Queen and Callender/Then and Now 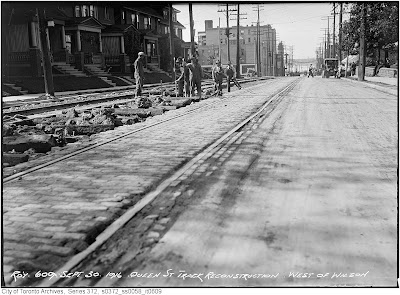 Looking west along Queen towards Roncesvalles from Callender in the fall of 1916.
The empty lot on the left is the future site of the Parkdale Theatre. 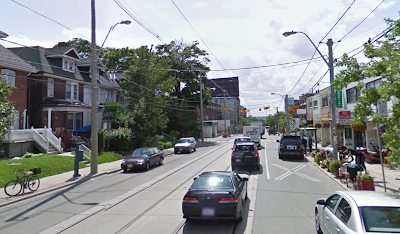 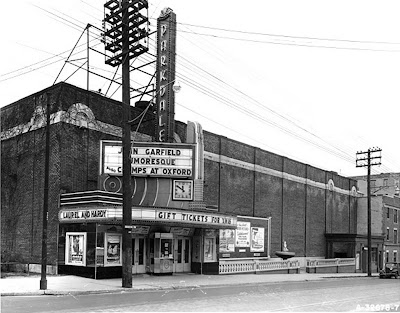 The Parkdale.
Posted by GBC at 9:22 AM No comments: