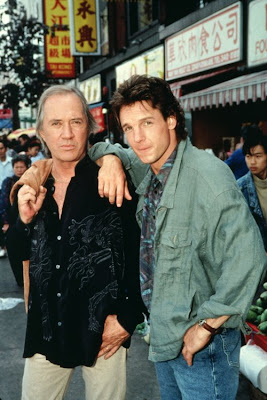 Back in the early 1990's we worked on the television series Kung Fu. TLC. Many of the shows were shot on location in Chinatown. 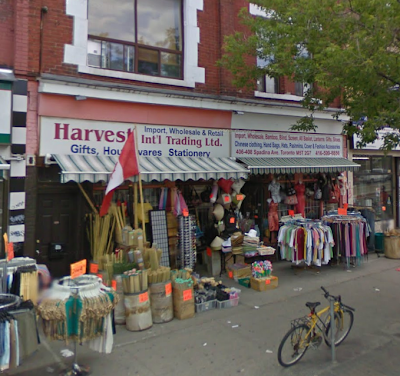 These two storefronts on Spadina were a standing set that was Caine's Dojo. 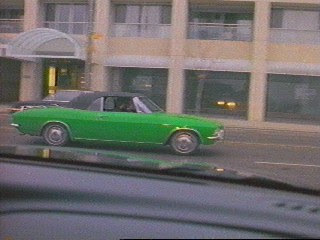 My 1965 Corvair Corsa was painted bright green and used as a picture vehicle known as the Kermitmobile.
Posted by GBC at 8:41 AM 4 comments: