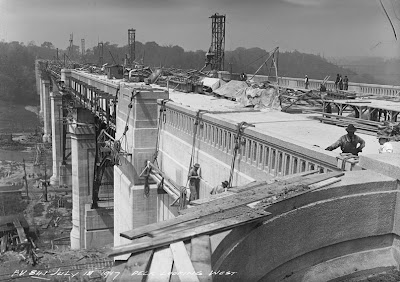 Designed by Edmund W. Burke and built between 1913-1918, the Bloor Viaduct is a good lesson in urban planning and forward thinking. Despite the fact that the building of Toronto's subway would not happen for another forty years the planners anticipated it's arrival and included a lower deck despite protests over the additional costs.
It was designed to facilitate mass transit; its upper deck accommodated trams and cars, while both the Don Valley phase and the Rosedale Valley phase included a lower deck for rail transport, controversial at the time because of its high additional cost. The bridge's designer and the commissioner of public works R.C. Harris were able to have their way, and the lower deck eventually proved to save millions of dollars when the TTC's Bloor-Danforth subway, opened in 1966, was able to use the Don Valley phase with no major structural changes to cross the Don River Valley. 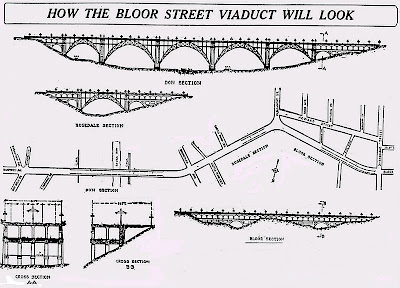 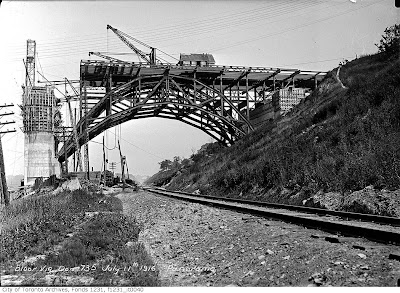 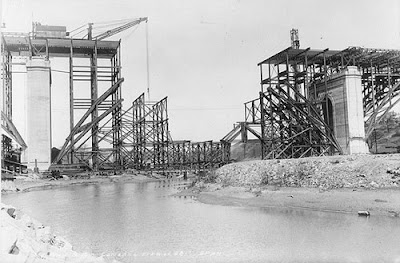 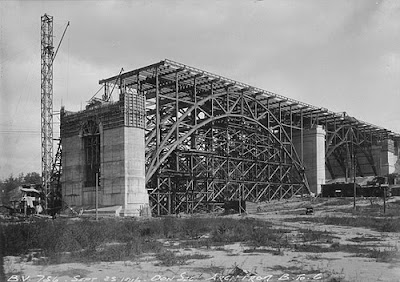 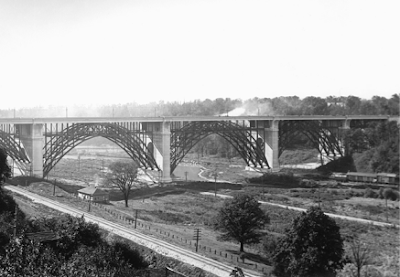 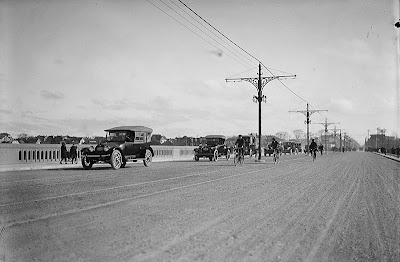