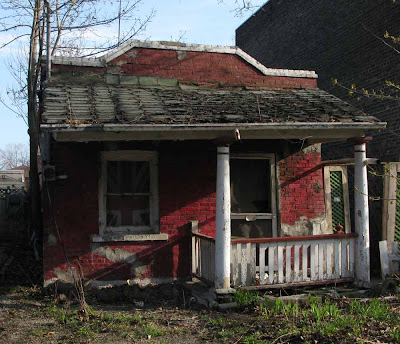 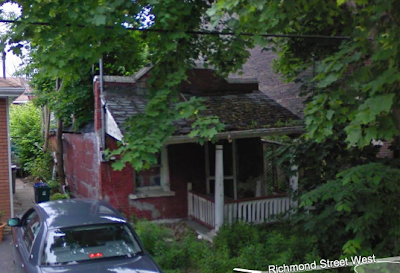 Toronto's worst house on Richmond west of Bathurst (built in 1859) sold last year (for considerable money) and was knocked down shortly after. The British flag/curtain in front window has been there for at least twenty years. 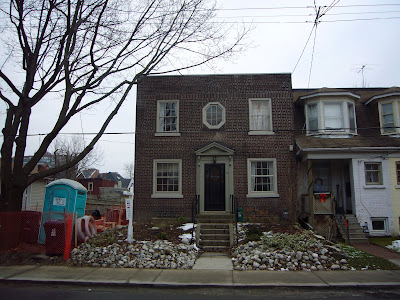 Update.
The empty lot to the left was the previous site of Toronto's Worst House. The new one on the right is quite tasteful.