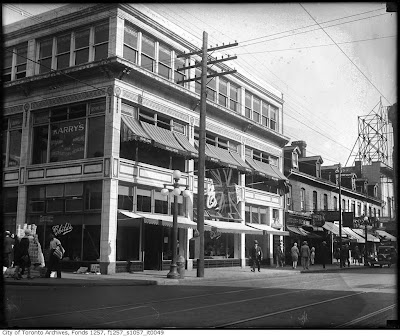 The east side of Yonge just south of Dundas Square in the late 1930's. Childs was a popular restaurant chain at the time with four locations in the downtown core.They were in business form 1919-1963, founded by William and Samuel Childs. 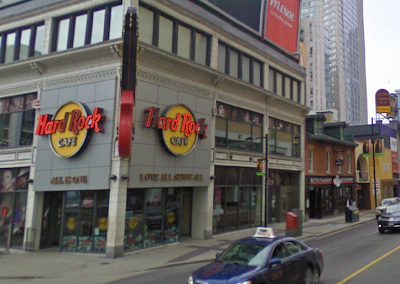 Now it's the Hard Rock Cafe (also a popular chain). 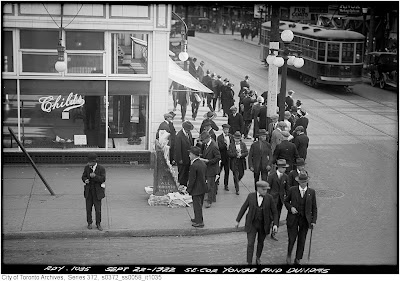 Another angle showing the Childs logo in the window and a busy news stand on the corner.