Queen and Soho/Then and Now 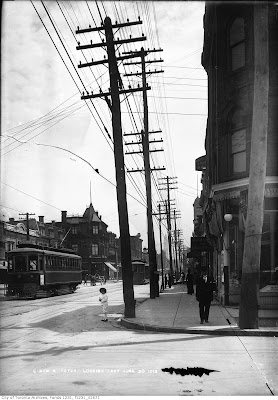 1913 looking N/E from Peter Street. The restaurant in the foreground is the Savoy. 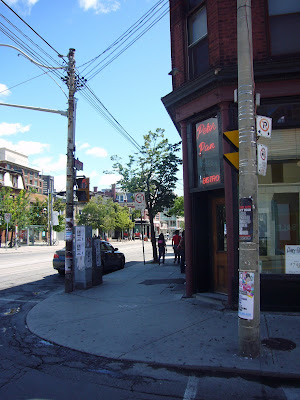 Today. That's the Peter Pan restaurant in the foreground. 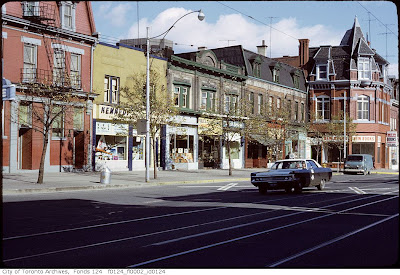 Queen West looking east from Soho in the 1970's. Back then this strip was occupied
by several used book stores. The Black Bull (1833) is on the left. 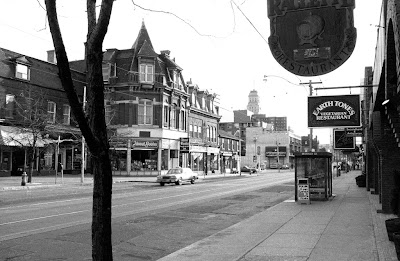 Sometime in the early 1980s as seen by P. Cummins. 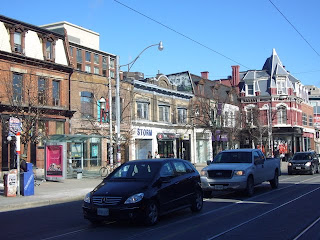 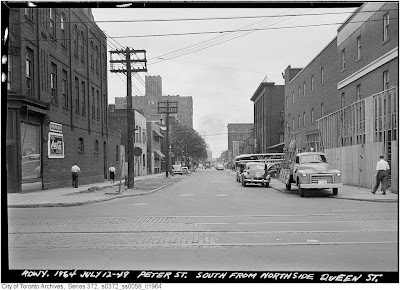 Looking south down Peter from Queen in 1949.
The former Savoy Restaurant is now the Peter Pan.
Posted by GBC at 5:37 PM No comments:

Queen and MacDonnel/Then and Now 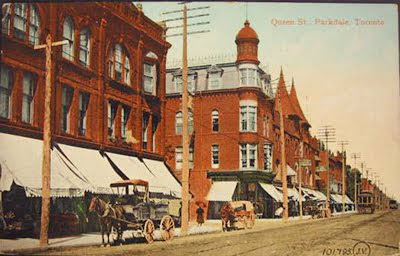 An early postcard of Queen Street looking east from MacDonnel.
This photo could be as early as 1893 the year the Queen line
was converted to electricity. 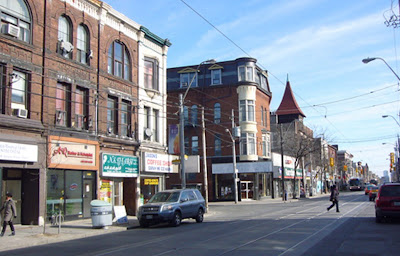 The same view today. It's too bad that the awnings are all gone.
Stores on the north side are on the "sunny side of
the street". For a number of years I lived in the building with the red spire roof. 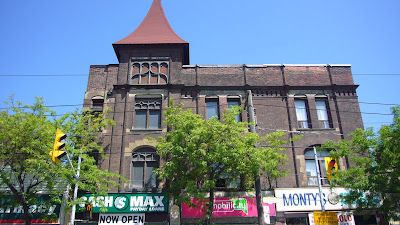 Queen and Peter /Then and Now 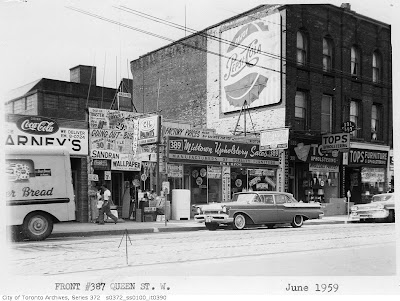 When I was going to art school back in the late 70's and early 80's Queen West was still pretty
rough. There were a lot of used furniture stores and used book stores.
Compare these two photographs separated by 50 years.
Barney's was still there as late as the mid 90's.
People and styles come and go but the buildings remain..... 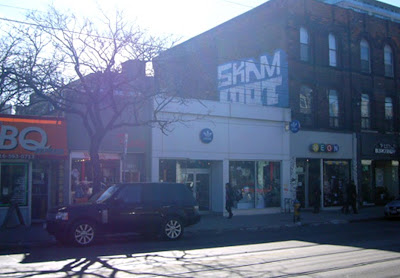