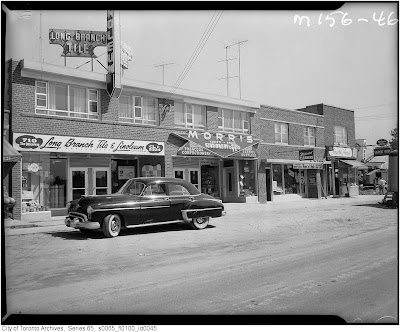 Back in 1957 this was a nice little strip mall on the north side of the Queensway west of Royal York. 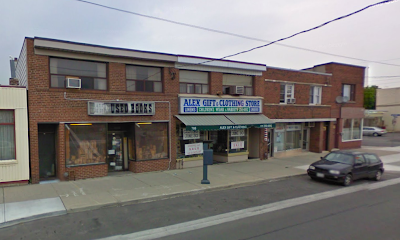 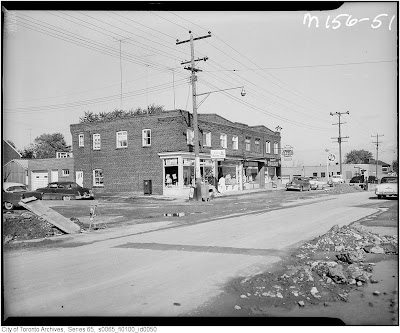 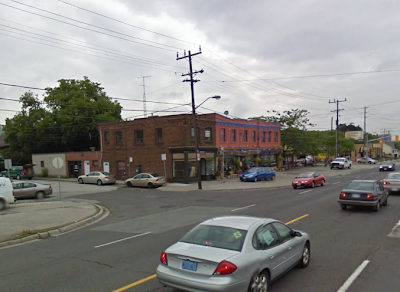 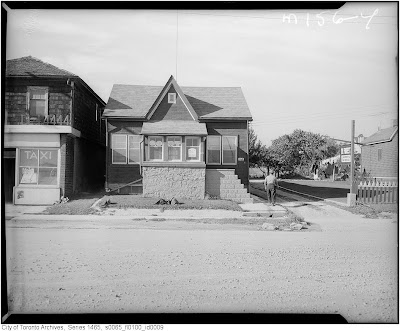 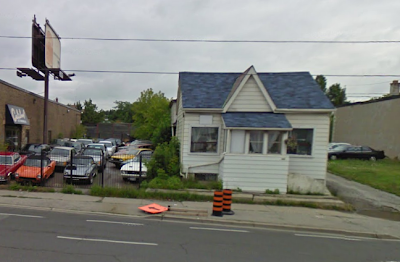 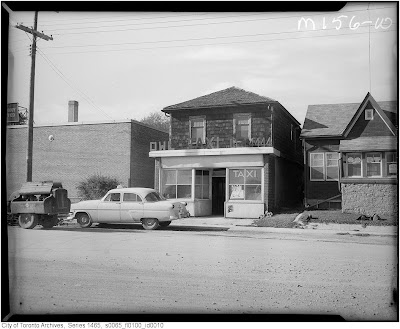 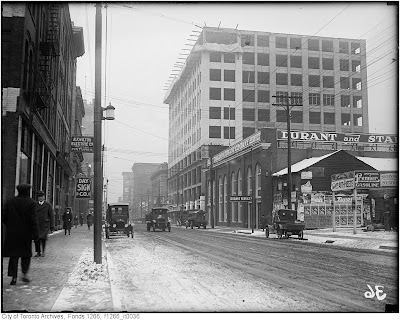 The south side of Richmond when it was a two way street looking east towards Sheppard in the early 1920's. 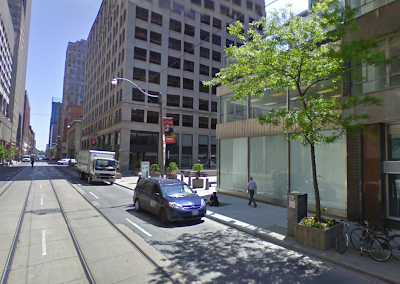 York and Richmond/Then and Now 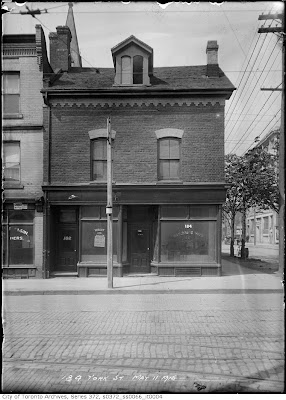 I believe this is the S/W corner of York and Richmond 1916. 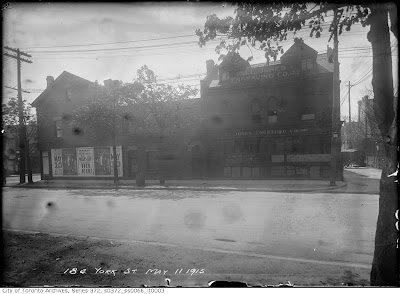 The south side of Richmond west of York. 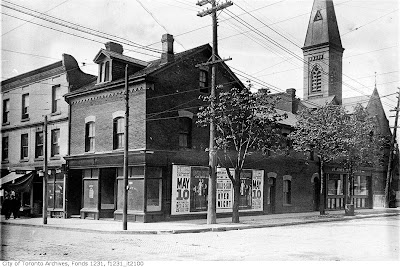 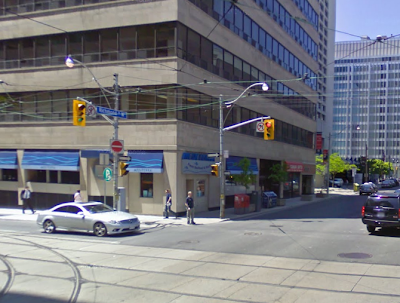 A current view form the same vantage point.
Posted by GBC at 5:23 PM No comments:

Labels: York and Richmond/Then and Now 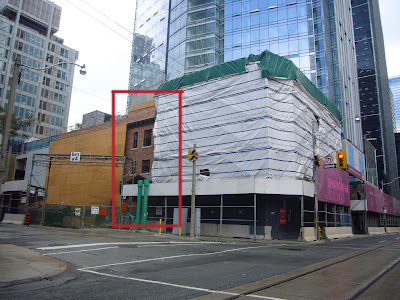 Dismantled for condo construction, the facade of the Bishop's Block is being re constituted. A small portion was visible through the scaffold this past weekend. 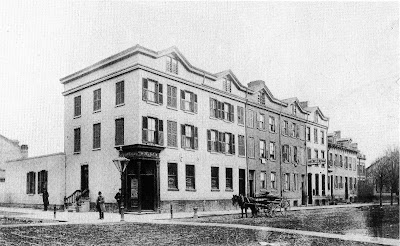 Bishop's Block on the N/E corner of Adelaide and Simcoe circa 1890. Built in 1833.
According to Patricia McHugh in her excellent book "Toronto Architecture-A City Guide"
"These two brick and stucco row houses are Toronto's oldest example of the genre. though now sadly bereft of their three original sisters and most of their Georgian dignity as well. Joseph Bishop was a butcher who built these houses for speculation." 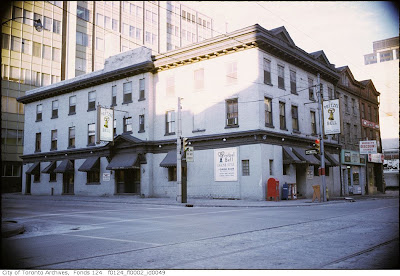 Bishop's Block some time in the late 1960's when it operated as the Pretzel Bell Tavern. 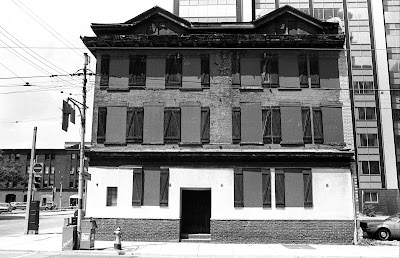 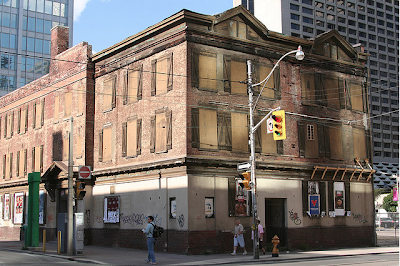 The remaining houses of the block shortly before demolition. 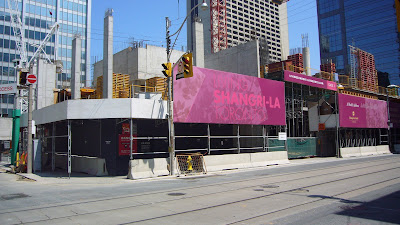 Sadly, since the book was written, the remaining two houses were torn down last year to make way for more condos. The developers are supposed to re-build the original facades and incorporate them into the new structure.
The city did conduct an extensive archeological dig at the site.
Details can be found here. 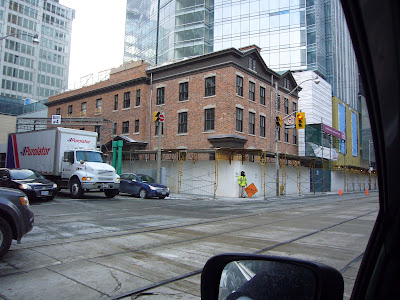 The resurrected facade has now been revealed. 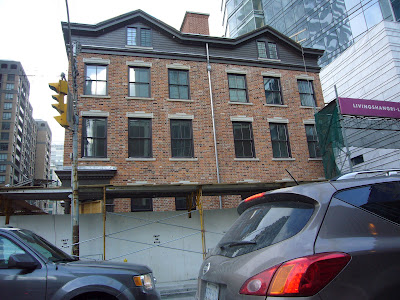 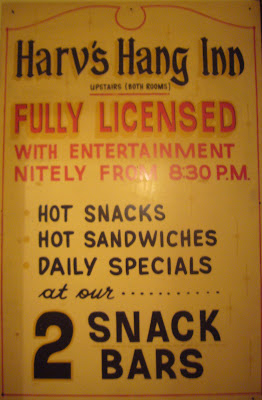 When demolition started I was lucky enough to spot this old hand painted sign (Harv's Hang Inn) that had been covered up for years and managed to liberate it... 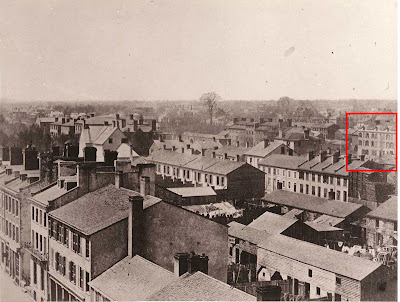