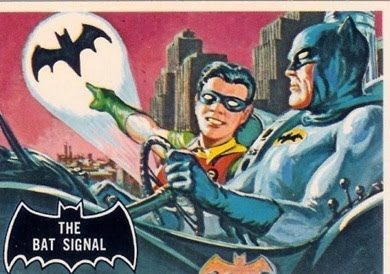 When the Batman TV show priemered in the fall of 1966 we became obsessed with all things Batman, particularly the various trading cards that were sold at the Smoke and Gift shops. The first three series were hand painted by the late, great Norm Saunders. 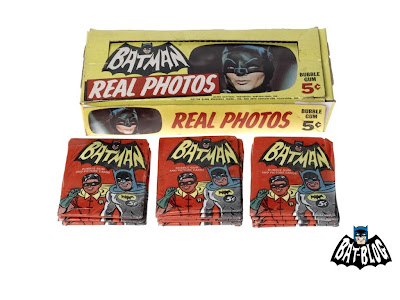 These were followed by a second series of Photo cards with stills from the TV show.
Norm was a talented artist who had spent most of his time in comics and painting magazine (pulp) covers. He painted the original series of Mars Attacks cards in the early sixties and clearly defined the look and feel of the movie that was to follow 30 years later. 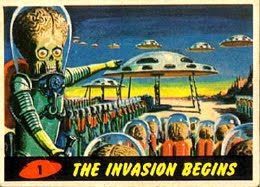 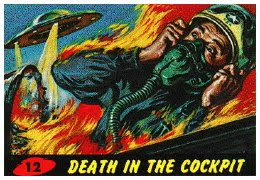 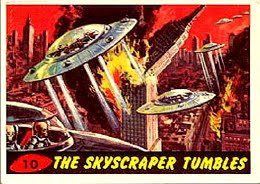 Quite a prolific illustrator, he was also responsible for the famous series of "Wacky Paks" as seen below. 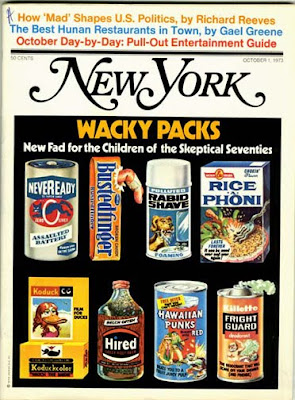 Also a series of crazy hot rods, Weird Wheels, in the Ed "Big Daddy" Roth style as seen below. 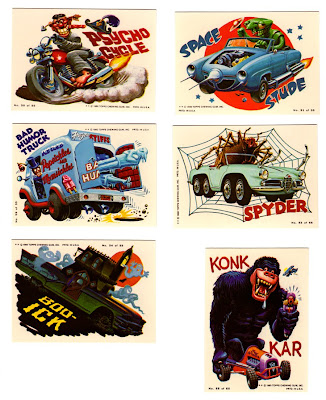 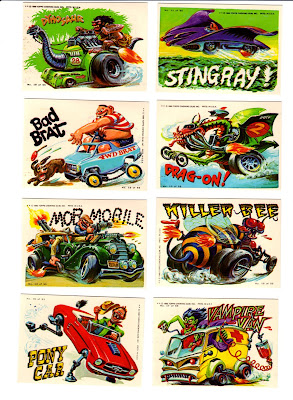 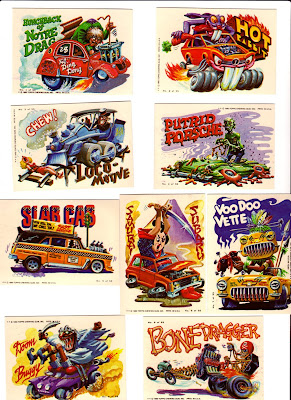 His original artwork sells for a good price when it's available.
So check out his site: Norm Saunders.
Posted by GBC at 7:16 AM No comments: