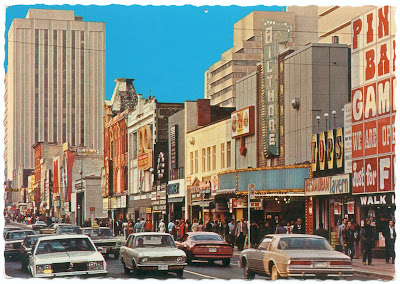 Another postcard courtesy of Ian Brock showing Yonge Street looking north from Dundas.
Just around the time of the clean up of the strip following the murder of Emanuel Jaques.

Dundas and Spadina/ Then and Now 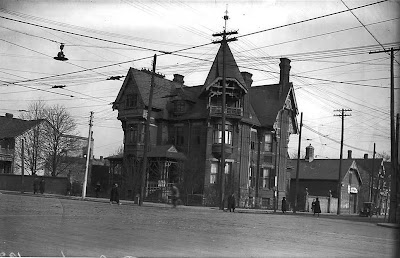 The N/E corner of Dundas and Spadina in 1921, the home of Dr. Moorehead will soon be demolished to make way for the Standard theatre. 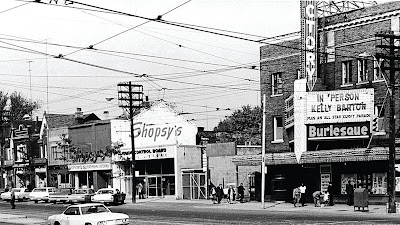 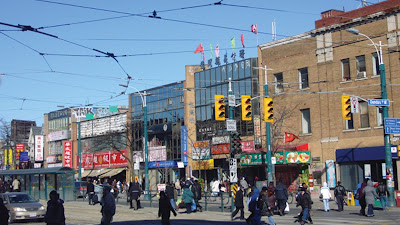 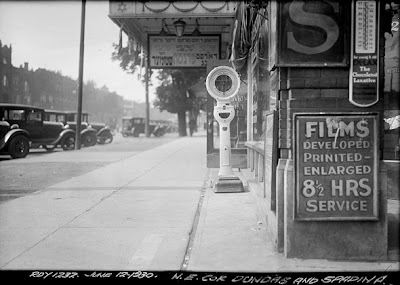 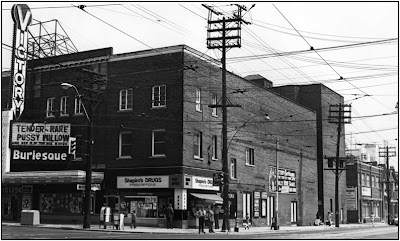 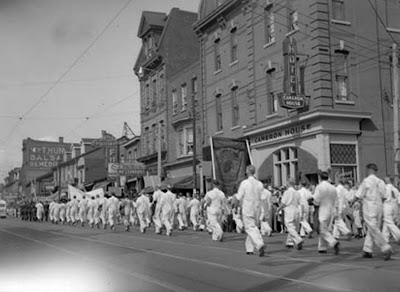 The Cameron House on Queen West just west of Spadina sometime in the 1940's.
Always a favourite hang out for the art school types it's still going strong. 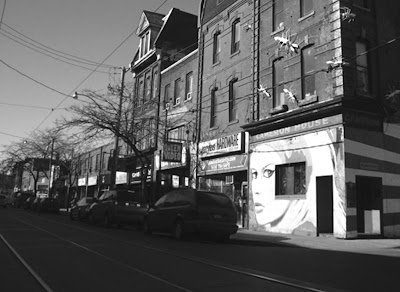 Despite in the infestation of giant ants on the facade.
Posted by GBC at 10:12 AM No comments: