Richmond and Brant/Then and Now 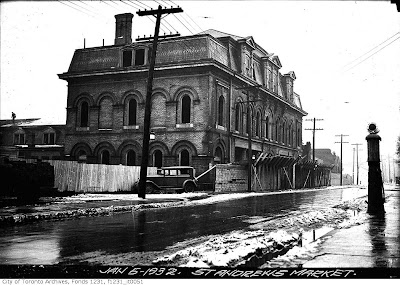 St Andrews Market, seen here in 1932 just prior to it's demolition stood on the south side of Richmond Street just west of Brant St. Built in 1873 on land set aside in 1837. This building replaced a previous version (1850) that was destroyed by fire. Similar to the St. Lawrence Market and the St. Patrick Market on Queen.

The building housed a police station, a community hall, a public library branch, sellers of fresh produce, and even butchers. St Andrews never really caught on with the public and was demolished in 1932. 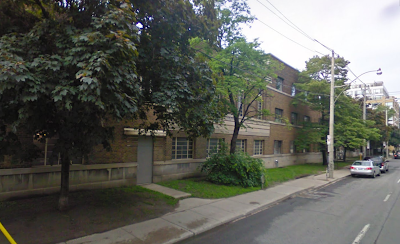 The Market was replaced by this very attractive Art Deco Public Works Facility. 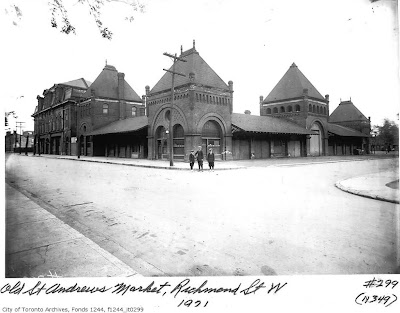 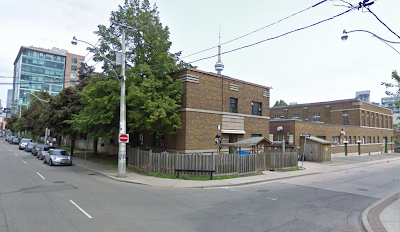 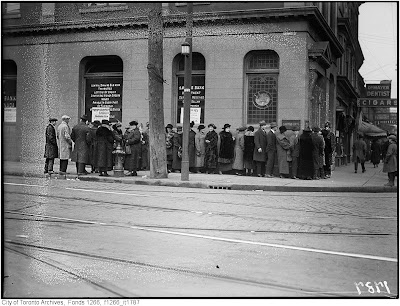 From the archives, the N/E corner of Queen and Bathurst in 1923 when it was the Home Bank of Canada. It was incorporated July 10, 1903 in Toronto. It failed Aug 18, 1923. The presence of all these customers and a Policeman suggests that they were there for their money. A run on the bank! 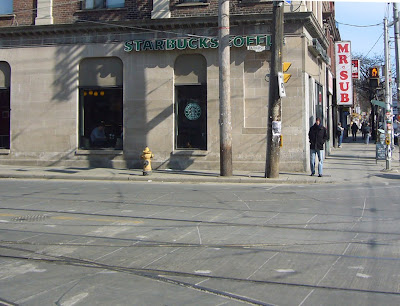 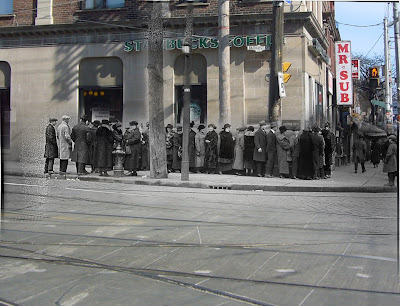 A composite. I'm not the first person to do these. 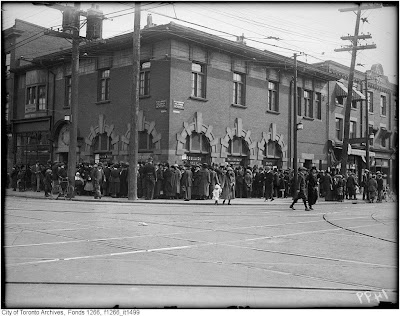 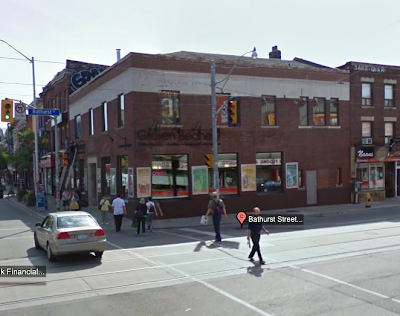 The outbreak of World War I brought great demand for Canada's natural resources. Within a year the country had erased its trade deficit and become a creditor nation. A few brief years of prosperity followed Germany's surrender in 1918, but the depression and panic preceding World War II appeared at the Dominion Bank on October 23, 1923. Sometime that Friday morning a foreign customer presented a check that was uncashable because of insufficient funds in the account. The teller attempted to overcome the customer's lack of fluency by raising his voice. "No money in the bank," he said. Those five words began a run that lasted until Tuesday afternoon, when rational voices finally overruled rumors.
Posted by GBC at 5:08 PM No comments: