College and Lansdowne PT.3/Then and Now 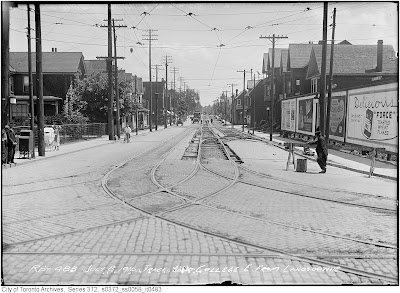 This time looking east along College from the Lansdowne intersection in 1915. 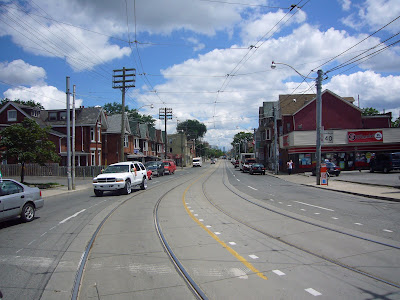 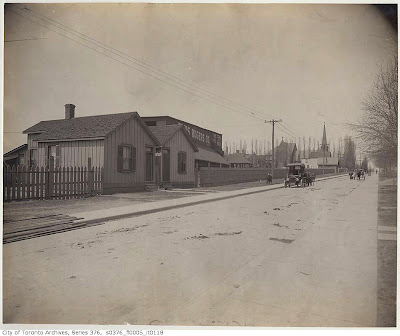 An early shot of Lansdowne looking north towards Dundas West circa 1912.
The Elias Rogers Company, suppliers of wood and coal. 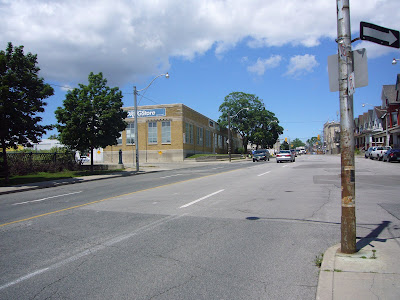 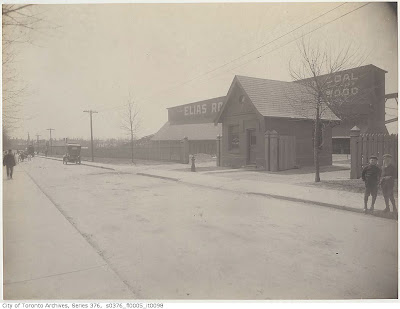 Looking south down Lansdowne from Dundas. 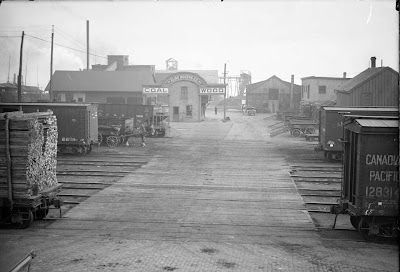 Rogers had another location downtown at The Esplanade and Berkeley. 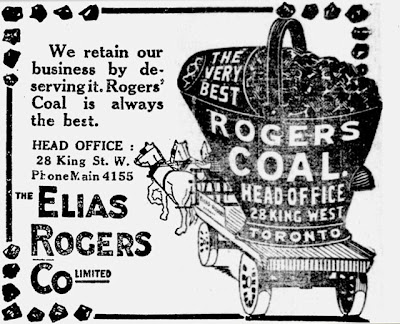 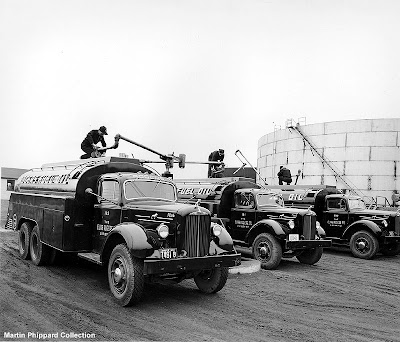 Rogers' trucks fill up with heating fuel circa 1950.
Photo courtesy of the Martin Phippard Collection.
Posted by GBC at 10:13 AM No comments:

College and Lansdowne PT.2/Then and Now 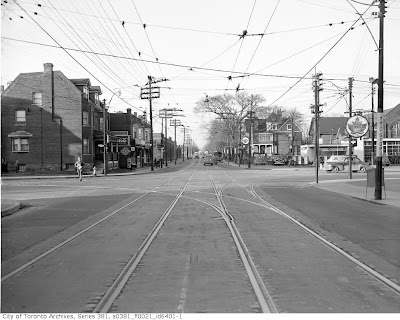 Looking north on Lansdowne towards the College Street intersection in 1939 before College was extended westward. 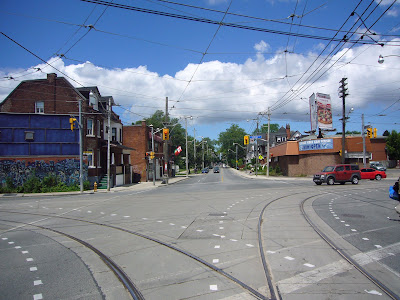 College and Lansdowne/Then and Now 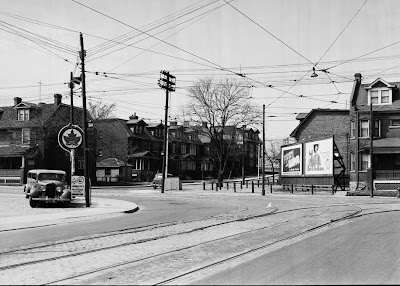 Looking west on College towards Lansdowne in 1939. The houses in the centre of the photo were demolished shortly afterwards to aloow College to continue and join up with Dundas Street.
This is the location of a famous police shoot out with the Boyd Gang in 1952.

"On the morning of Thursday March 6, 1952 Suchan and Jackson would leave the Wright Avenue hideout to case a local bank for a future robbery. After laying low for almost four months the gang members were short of cash. As Suchan drove the 1951 Mercury Monarch, with the license plate 418-A-2, north on Roncesvalles Detectives Edmund Tong and Roy Perry of the Toronto police fell in behind. The detectives had been watching the Mercury for days on a tip that is believed to have come from one of the gangs girlfriends.

Suchan turned at College and as he approached the intersection at Lansdowne, the detectives instructed him to pull the Mercury over. As Tong approached the car shots rang out and a bullet ripped through his chest severing his spinal cord. Perry was wounded in the arm.
Suchan and Jackson sped off east along College for four blocks turning onto Sheridan Avenue where they ditched the Mercury and took a cab back to the Sorauren Avenue hideout."
-Michael Wilkins www.Examiner.com 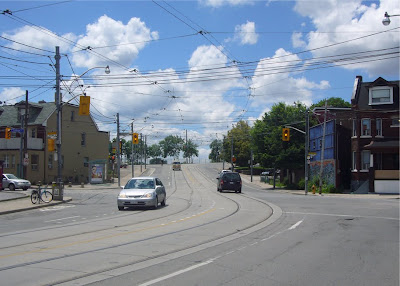 In 2010 the Supertest gas station is gone and a Tim Horton's stands in it's place. 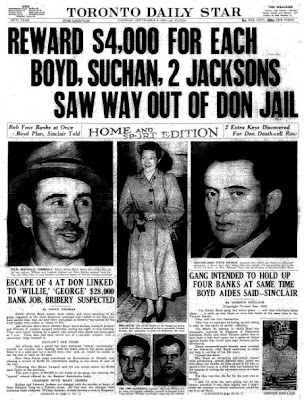 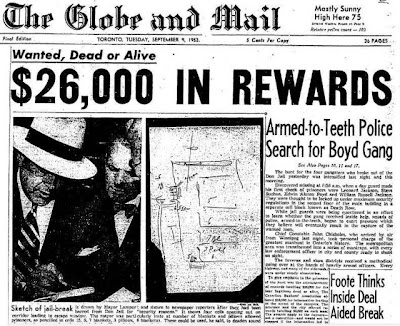 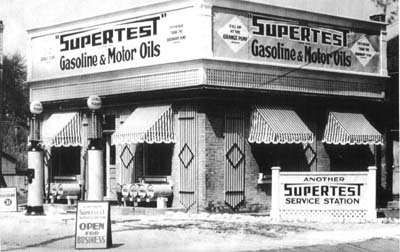 A Supertest Station.
Posted by GBC at 9:40 AM 5 comments: