Dundas and Six Points/ Then and Now 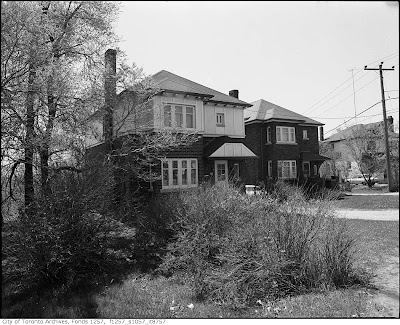 The house in the middle is where my Grandparents lived from about 1958-1968. Previously they had lived in a house on Dunn Avenue that was demolished to make room for the Gardner Expressway. These photos were taken in 1975 before the construction of the Kipling TTC station and surrounding parking lots. 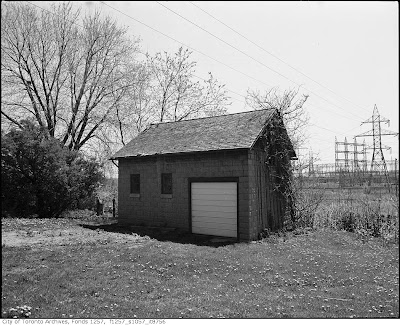 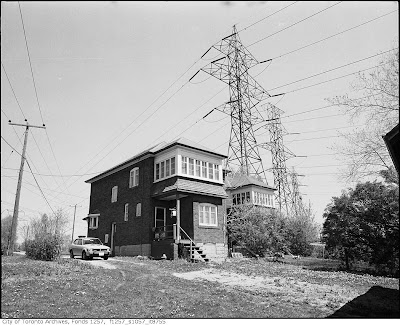 The back porch and sun room upstairs.

As I was driving by a few years ago the workmen were demolishing the house. When I told them it had been my Grandparents they stopped for a few minutes.
This is all that remains...nothing.
I did manage to salvage a light fixture which is in my home now. 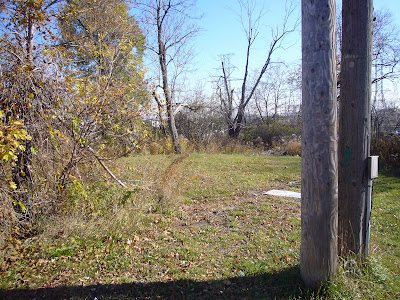 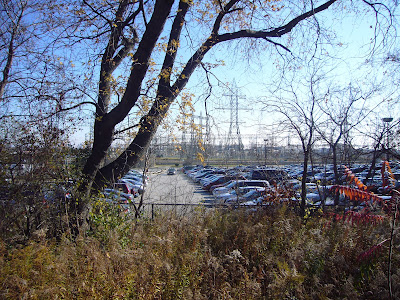 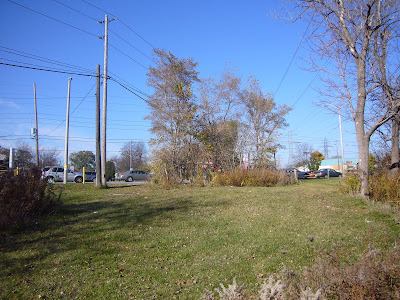 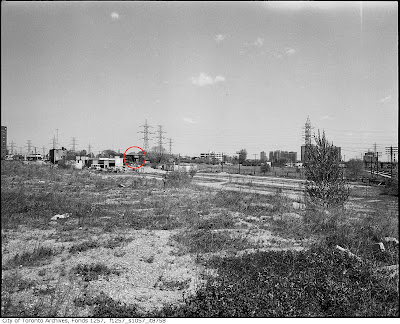 Just to give you an idea of how undeveloped this area was before. That's my Grandparents house circled backing onto the huge fields leading down to the train tracks.
This area is now the parking lot for the Kipling Subway station plus condos etc. 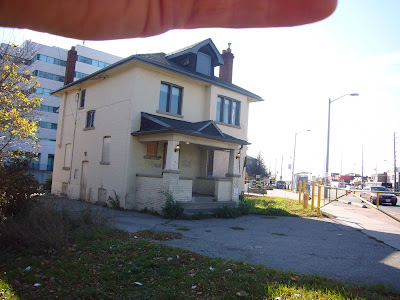 This is the last of the three houses and it looks as if it's ready to go as well.
Posted by GBC at 2:17 PM No comments:

Dundas Farmhouse /Then and Now 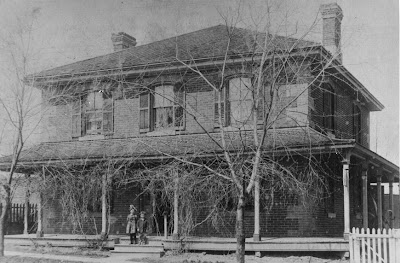 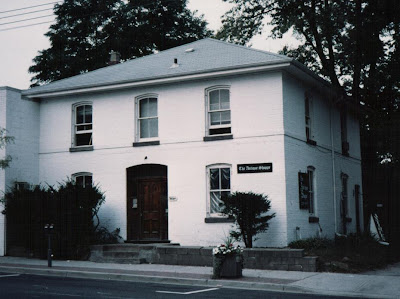 This old house on Dundas near Burnhamthorpe has managed to survive.
Posted by GBC at 7:41 AM No comments: