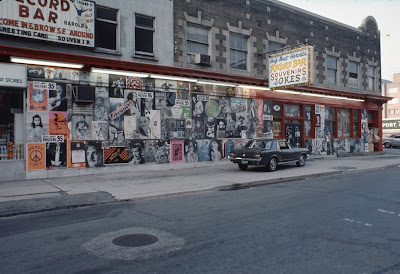 Half Beat Harold's Record Store. Does anyone know where this was?
Somewhere in Toronto I'm sure.
Thanks to Mark Moore for this photo.
Located at 2 Granby. 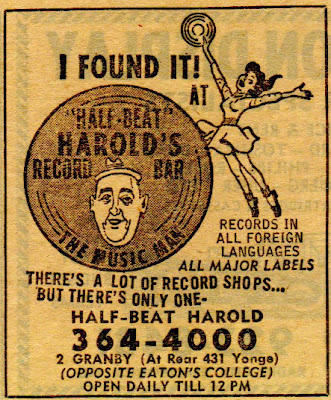 Thanks to William Mewes for this scan from the 1967 Yellow Pages. 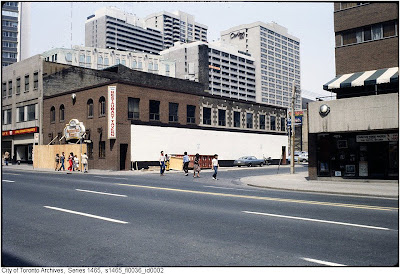 This photo from Mark Moore. 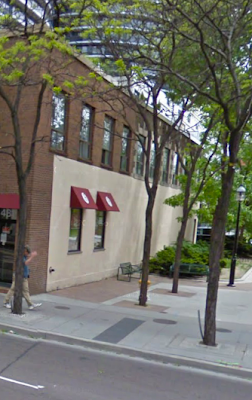 This would appear to be it today. Note the brick detail around the windows. 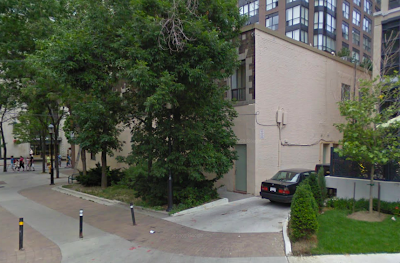 On Monday, March 6th, 1978, Harold and Florence Fagan, 63 and 62 respectively, were found shot to death in their home on Dewbourne Ave., near Bathurst St. and Eglinton Ave. W. Their chauffeur found their bodies when he came to pick up Mr. Fagan at 8:30 a.m. They are believed to have been killed late Sunday, the 5th. They were last known to be alive at 8 p.m. Sunday when their daughter telephoned.
Harold was a well-known, well-liked entrepreneur and concession stand owner at the Canadian National Exhibition, and police believed the killer’s motive was robbery and that he was familiar to the victims. The Fagans were reported to have kept $500 in their house, and police theorized the killer thought he would find more cash.
A year and a half later, the triple murder of the Airst family (see case #1 above) brought renewed interest to the murder of the Fagans because of the superficial similarities between the two crimes. Both sets of victims lived in the same area (about 1.5 km apart), were well-off, and were prominent members of Toronto’s Jewish community.
Posted by GBC at 12:55 PM 19 comments: