On a recent trip to Dallas, I stood on the same spot as Abraham Zapruder and shot this....
Posted by GBC at 7:02 PM 1 comment:

Dundas and Keele/Then and Now 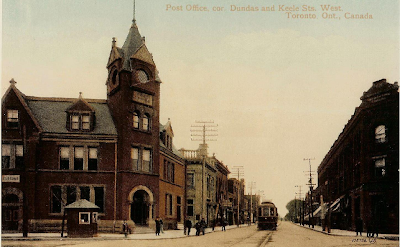 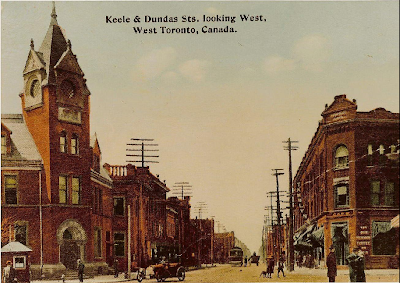 Two hand tinted vintage postcards of the intersection of Dundas and Keele looking west along Dundas. 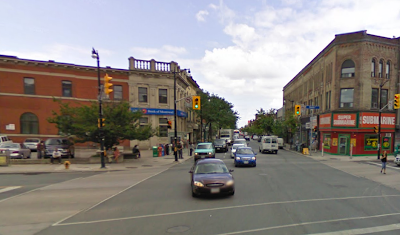 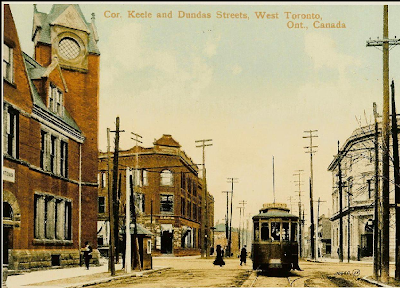 Looking north up Keele past Dundas. 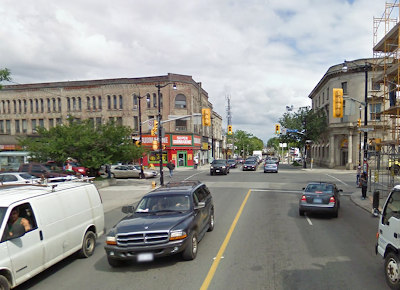 Labels: Dundas and Keele/Then and Now

Dundas and Dupont/Then and Now 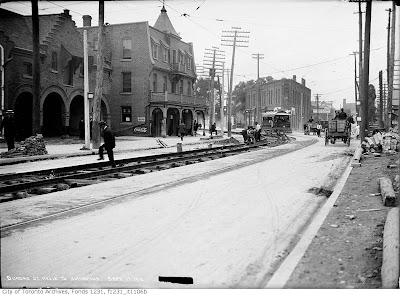 The S/W corner of Dundas and Dupont (then Royce) in 1918. The Peacock Hotel. 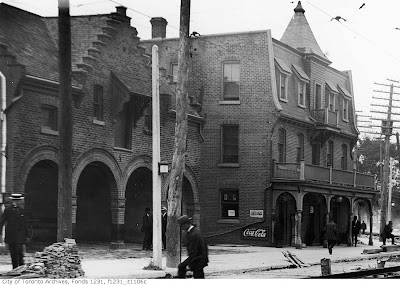 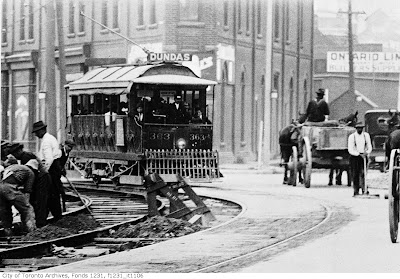 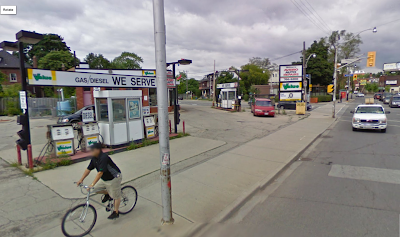 Labels: Dundas and Dupont/Then and Now

Dupont (Royce) and Symington/Then and Now 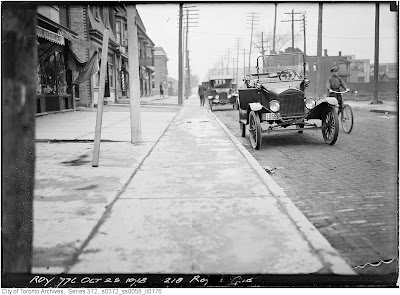 The north side of Dupont (then Royce) looking towards Symington in 1918. 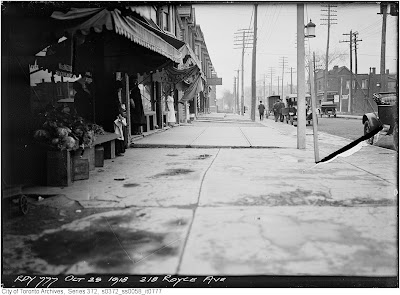 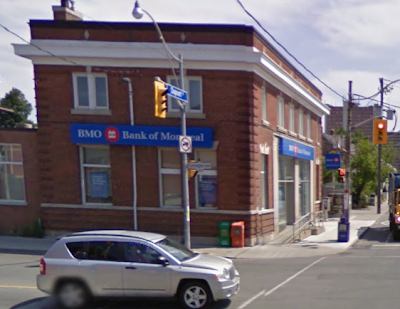 The bank on the left side is still there but the storefronts have all been replaced by townhouses.
Posted by GBC at 3:21 PM No comments: 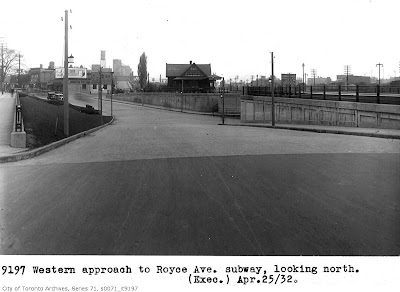 A series of photos from the archives of the Dupont (then known as Royce) and Dundas of the recently completed subway (underpass). 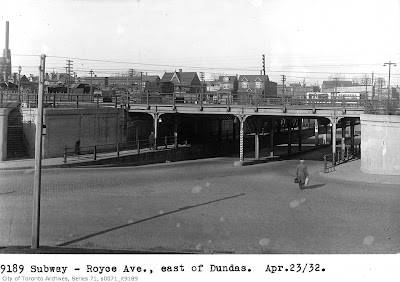 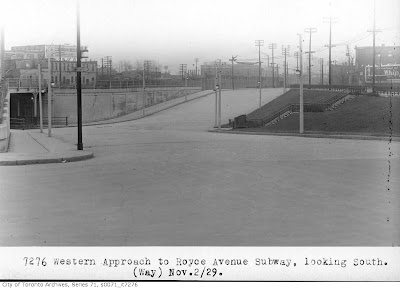 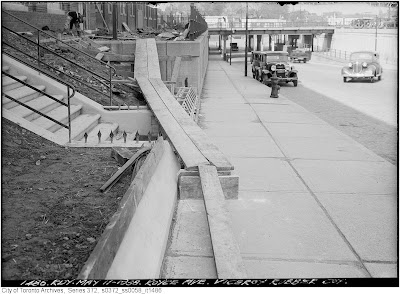 This photo shows the entrance to the Viceroy Rubber Factory. Note the metal spears embedded beside the steps.
Posted by GBC at 2:43 PM No comments: 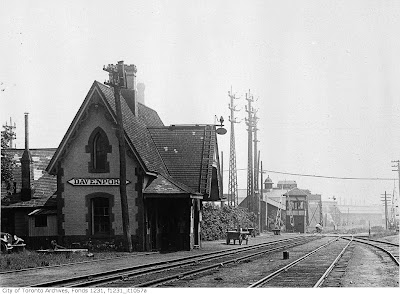 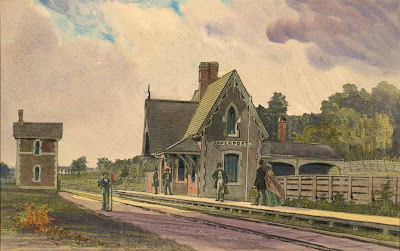 Adelaide and Bay/Then and Now

This is a repeat od an earlier post but certainly worth another look. 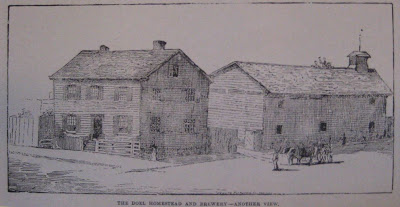 The N/W corner of Bay and Adelaide in the early 1800's, the home and brewery of John Doel. 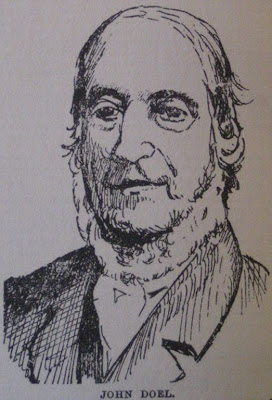 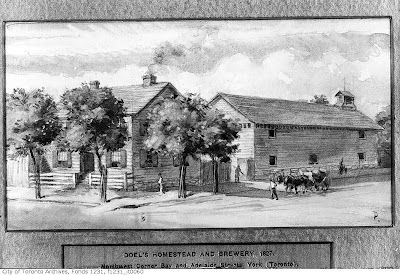 The N/W corner of Bay and Adelaide in 1827 the home and brewery of John Doel. 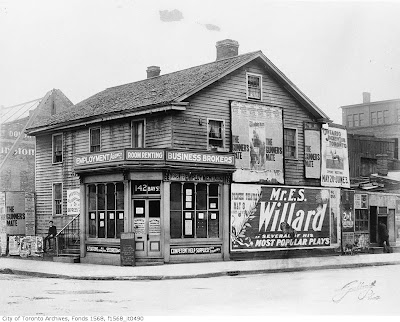 Although this photo is labelled 1914 in the archives it has to be earlier as E.S. Willard performed his final North American tour in 1905 and died in 1915. By now the rural family home of Mr. Doel has been converted to commercial space, an employment agency of some sort. 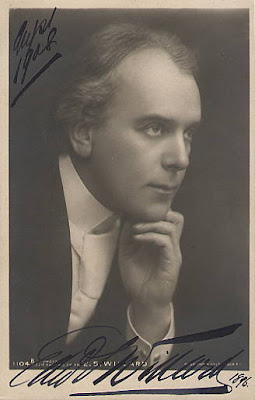 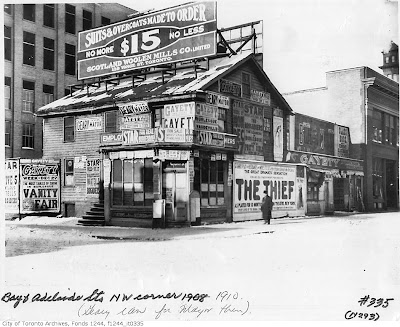 The N/W corner of Bay and Adelaide in 1910.
By now the family house has been turned into a discount store and is in a sad state of disrepair.
Suits $15.00-no more, no less!
The Gayety Theatre (billboard) was located on Richmond Street. 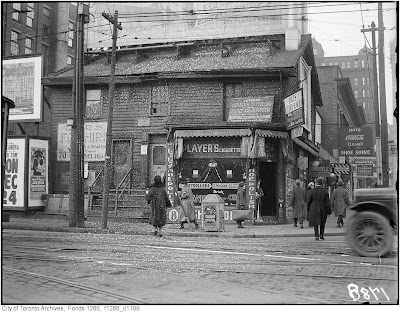 Again in 1924 shortly before it's demolition. 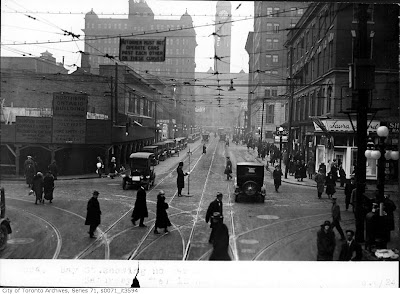 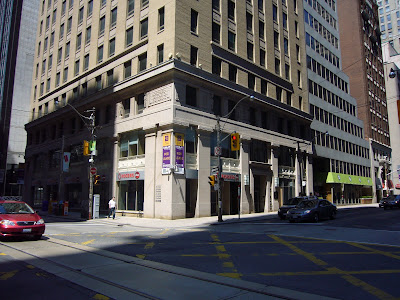 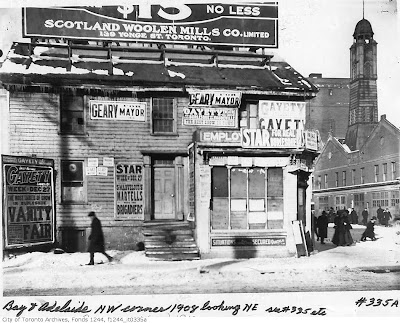 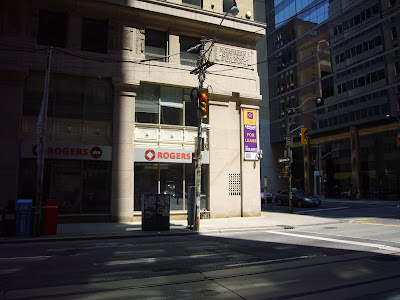 2010.
For more information on the life of John Doel please visit the Black Creek Growler.