Continuing up the west side of Yonge at Edward in 1950.

The block north of Edward.

The full block. Click on image to see better. 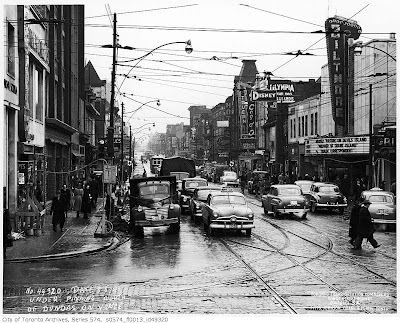 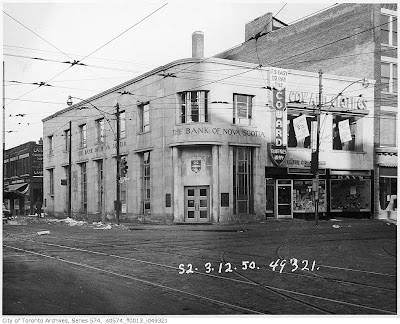 The west side block of Yonge from Dundas to Edwards.
Click on image for a better view.
Prior to the construction of the Yonge subway line the city photographed the stores along Yonge to asses any damage claims that might be caused from the build.
This photo has been stitched together form several in the archive.
I wonder what clothes were sold at Coward Clothes...yellow perhaps?
Posted by GBC at 4:00 PM No comments:

Dundas and Roncesvalles/Then and Now 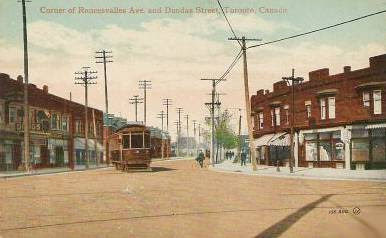 Looking north on Roncesvalles as it meets Dundas around 1910. 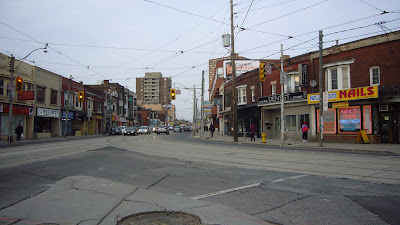 One hundred years later.
Posted by GBC at 1:00 PM No comments: 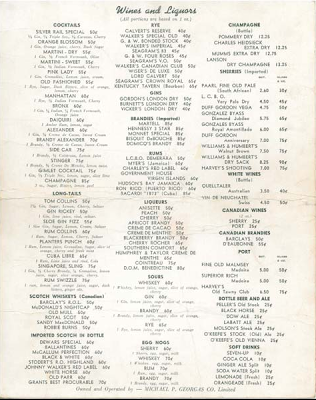 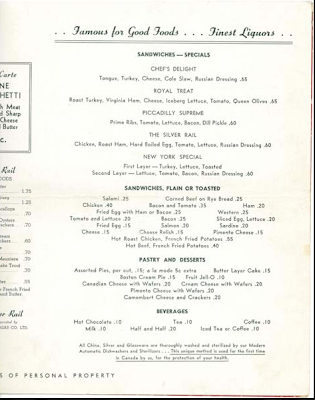 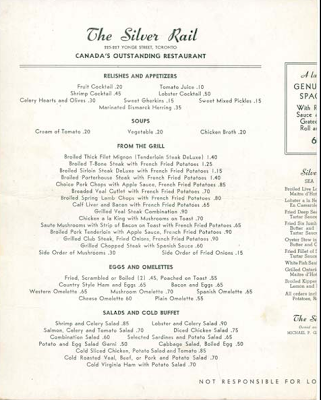 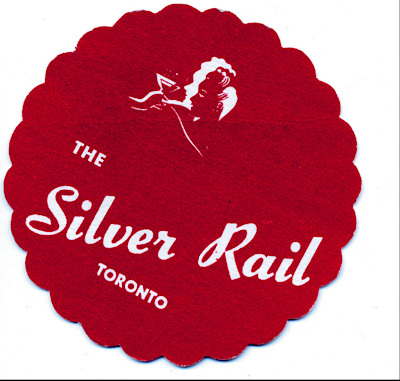 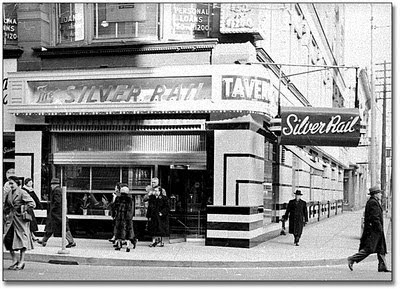 The Silver Rail Tavern and Restaurant was located at the N/E corner of Yonge and Shuter and closed in 1997. 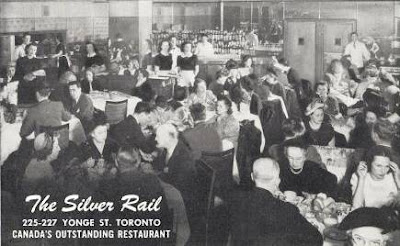 Another postcard from Chuckman's collection showing the restaurant that was located in the basement. There are several other postings on this site about the Silver Rail. Use the search box to find. 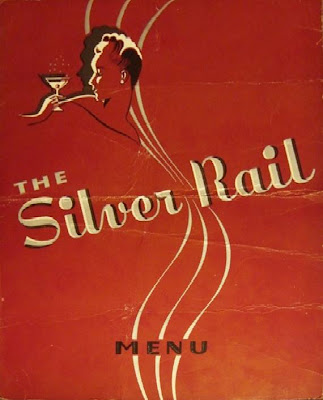 I was there the night it closed and was one of the last to leave. I also managed to buy two of the wall sconces the next week at the fixture sale. 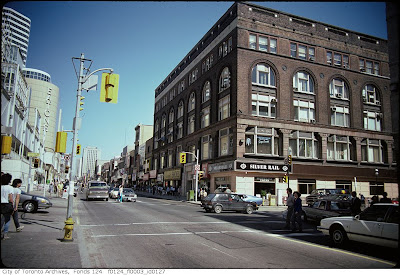 Yonge Street in the 70's 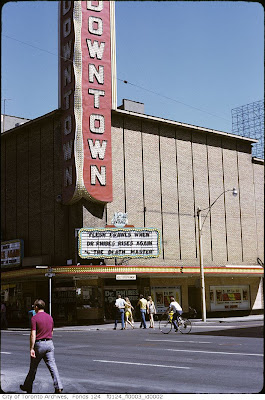 We can date these photos by the films that are playing at the theatres.
At the Downtown, Dr. Phibes Rises Again starring Vincent Price, 1972.
This theatre was built 1n 1948 and closed in 1972. The Dundas Square building now occupies the site. 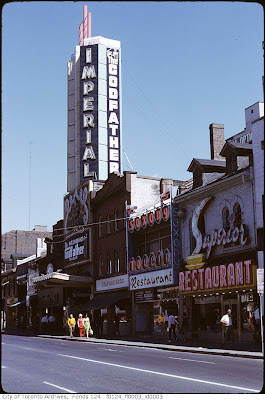 The Godfather, 1972. This was the last film to be shown at the Imperial before it was converted to a Multiplex. 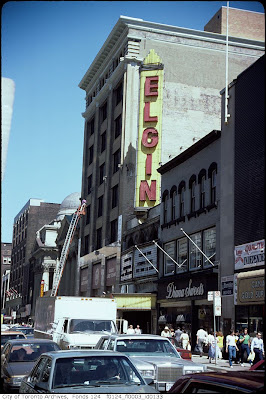 The Elgin's marquee says closed for renovations.....
There's an excellent article on the Yonge Street strip here at Silent Toronto. 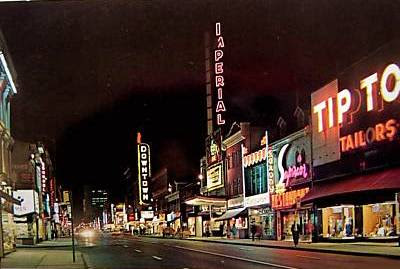 A great postcard from Chuckman's showing the strip at night. Chuckman's Postcard Collection is a fantastic online resourse. 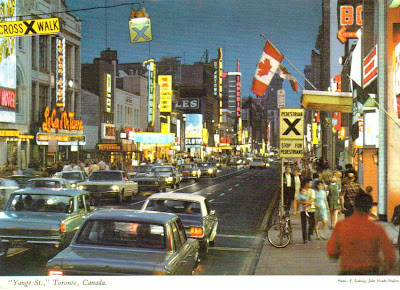 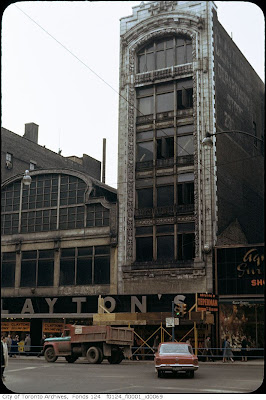 This block opposite Shuter will soon be demolished to make room for the new Eaton Center.
That's the Mason Riech Building in the center.

Spadina and Dundas/Then and Now 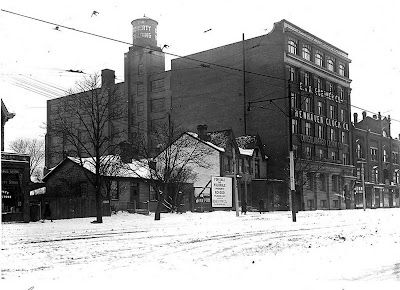 The N/W corner of Spadina and Dundas as seen in Feb. 1911. At this time, this portion of Dundas Street was called St. Patrick Street. 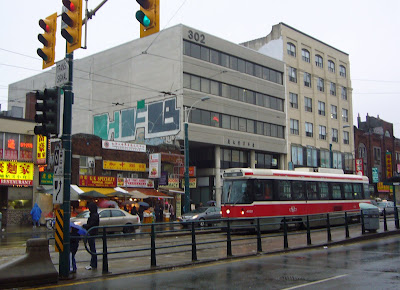 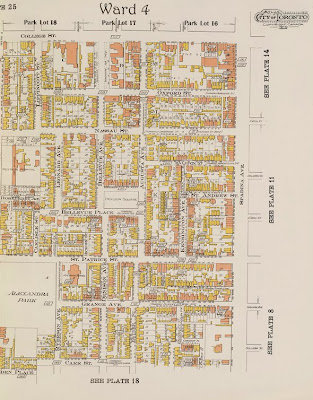 On this fire insurance map (1910) you can see St. Patrick Street labeled.
Posted by GBC at 9:56 AM No comments: