A Moment in Time/Christie and Follis 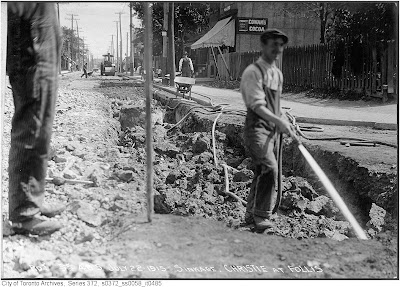 Christie and Follis in the summer of 1915. Workers repair a collapsed roadway.
Note the Cowan's Cocoa sign in the b/g. 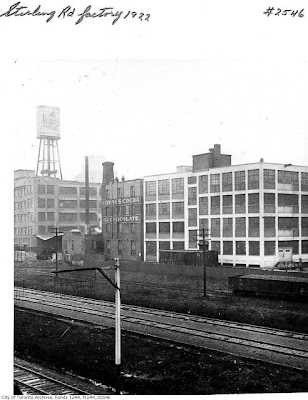 The Cowan's Cocoa factory was located at 27 Sterling Road. 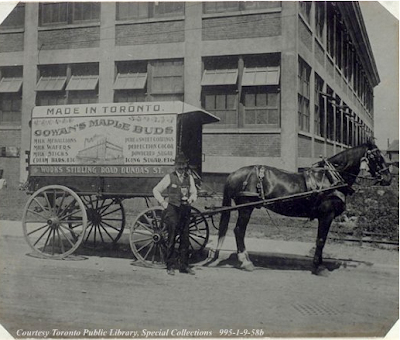 One of their delivery wagons. 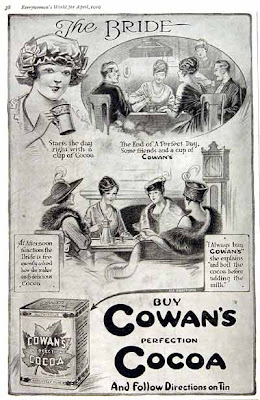 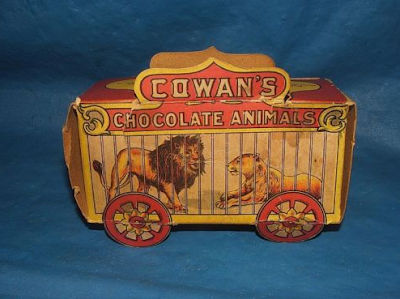 This vintage box of animal crackers sold recently for over $100.00.
A short history of John Cowan from the Nestle site:

John A. Wood and John Cowan became business partners in 1890 and formed the Cowan Cocoa and Chocolate Company of Toronto Limited. Optimistic that the company would continue to expand, they purchased a four-story factory located on Sterling Road. In 1893, the company name was simplified to the Cowan Company Limited. In order to set apart Cowan chocolate products from their imported competitors, John Cowan adapted the Canadian maple leaf as a brand in 1898. Maple Buds, destined to become one of the Cowan Company’s most popular candies, were developed during this time. By the time of his death in 1908, John Cowan’s company had grown across Canada, advertising and selling its chocolate products from Halifax to Vancouver. Following his death, John Cowan’s son Herbert Norton took over the business and introduced several new products to the market including Medallions and Almond Filbert nut bars.Despite a slow transition from importer to entrepreneur, John Cowan was eventually successful due to his flexibility and his insistence on product quality and purity. He embraced new marketing and advertising techniques and created a Canadian presence in a field previously dominated by foreign imports.

Labels: A Moment in Time/Christie and Follis, The Cowan's Cocoa factory 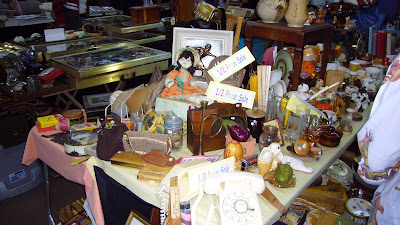 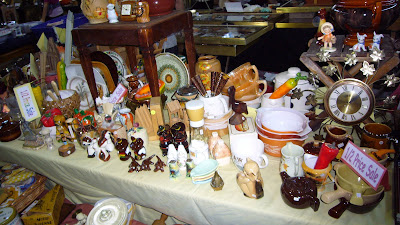 A nice selection of harvest coloured items for sale.
Posted by GBC at 7:18 AM No comments: 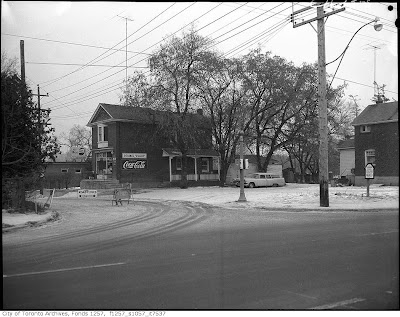 The S/E corner of Jane and Maaple Leaf Drive in the late 1950's. 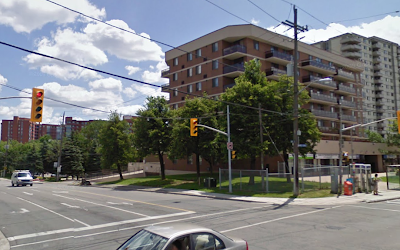