Kingston Road and Dundas/Then and Now 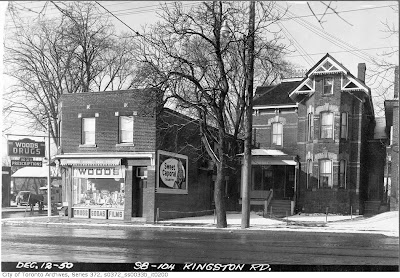 The west side of Kingston Rd. just north of Dundas in the winter of 1950. Note the horse-drawn wagon on the left. 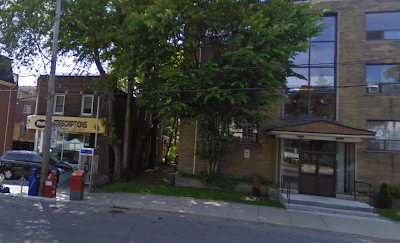 2010 and Woods Drugstore is still in business, but the old sign was much better.
Posted by GBC at 5:17 PM No comments: 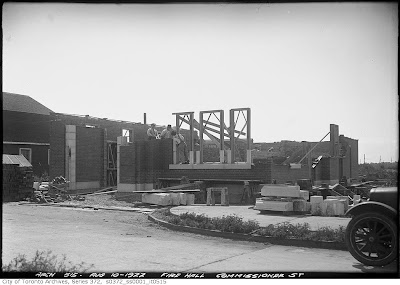 The Ashbridges's Bay Fire Station on Commissioner Street during construction in 1923. 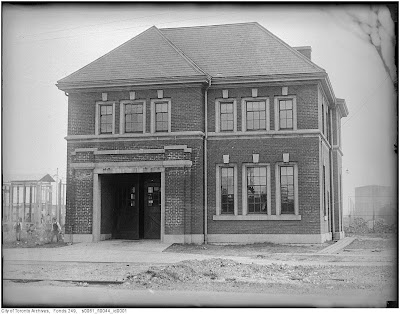 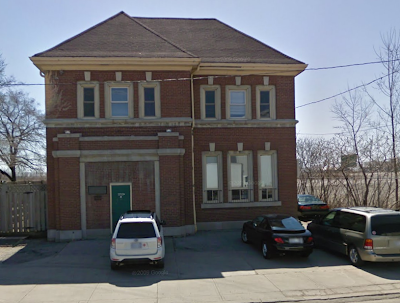 College and Bathurst/Then and Now 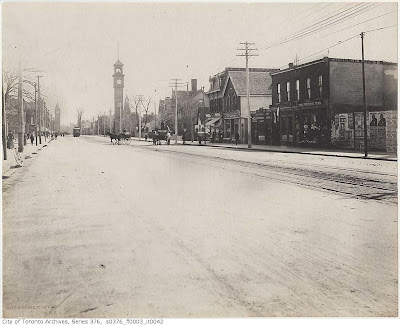 An early view of College Street looking east from Bathurst with the College fire tower in the distance, The purpose of the tower is twofold. To have a high vantage point to see potential trouble and also to dry the original leather and later, linen fire hoses after use. 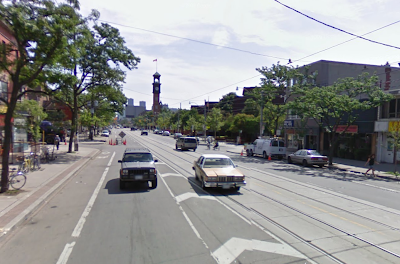 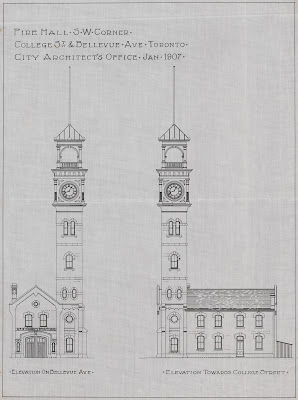 Station No. 8 plans.
Station No 8, built in 1878 at the south-west corner of College St. and Bellevue Ave., was severely damaged by fire in May 1972 while undergoing renovations. It was fully re-built in 1973-1974, and added to the Toronto Heritage Properties Inventory in 1976.
Thanks to Ric McGinnis for the heads up.
See his comment below. 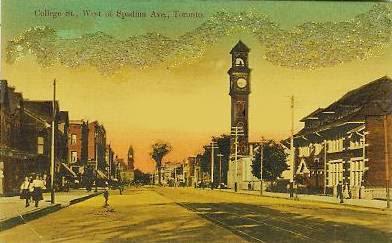 Another early hand tinted postcard from the Chuckman Collection.
Posted by GBC at 4:03 PM 2 comments:

Labels: College and Bathurst/Then and Now

Dundas and Victoria/Then and Now 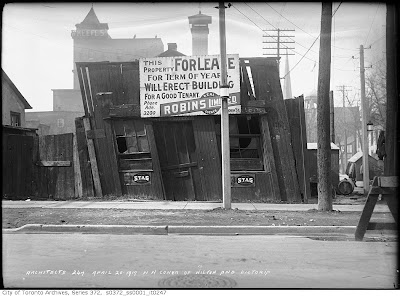 The N/W corner of Wilton (now Dundas) and Victoria in 1919. Note the O'Keefe Brewery building in the background. More on that below. 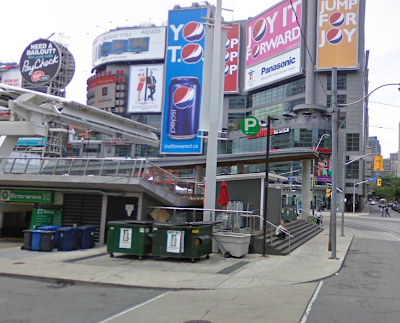 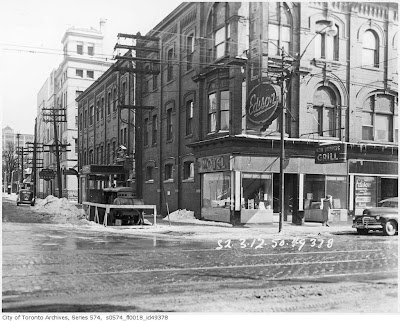 That's the old O'Keefe Brewery behind the Edison Hotel. 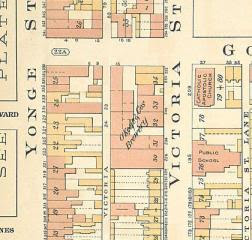 A map of the neighbourhood.

The Black Creek Growler has this to say about O'Keefe's:

"I had an interesting comment from a reader about the fire at Yonge and Victoria streets in downtown Toronto. The reader commented about the destruction of the O’Keefe brewery as a result of the fire. While the reader was close, the fire actually destroyed the mortal remains of the Empress Hotel, which was built in 1888. Heritage Toronto has a great article about the Empress and the legacy of the building’s various inhabitants. O’Keefe’s brewery was located next door, to the east of the Empress. The buildings were once separated by a laneway originally called Victoria lane, and later changed to O’Keefe lane. Prior to becoming O’Keefe’s brewery, the brewery operated under several names including the Victoria brewery and the Hannath & Hart brewery. The original brewery building dated back to 1840, but underwent major renovations in 1872, 1882 and 1889. In 1891 the original building was torn down and a new building was constructed that included larger facilities and an on-site malthouse. Another major renovation followed in 1911. O’Keefe’s brewery was purchased by Carling Brewing Co. in 1916 and changed hands many times eventually ending up as part of Molson Coors Brewing Company. The brewery buildings were demolished in the 1980s to make way for the Ryerson University building that houses a parking garage, bookstore and AMC theatre that now stands on the site."
Posted by GBC at 12:12 PM No comments:

An interesting selection of Streamline Delivery vehicles from the late 1930's and 40's. 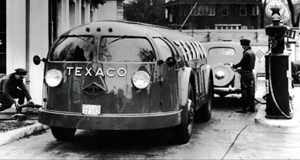 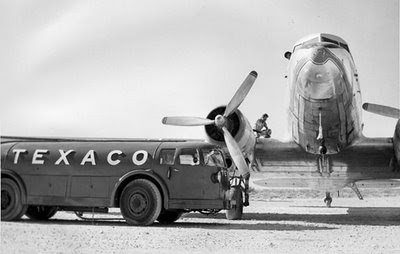 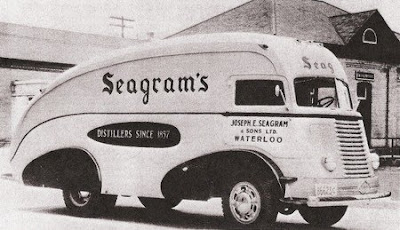 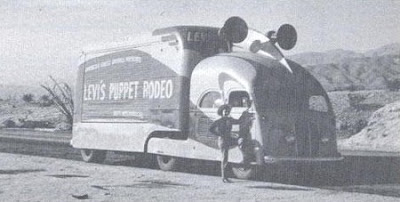 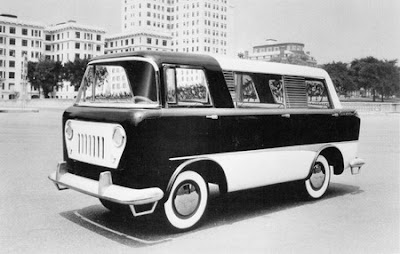 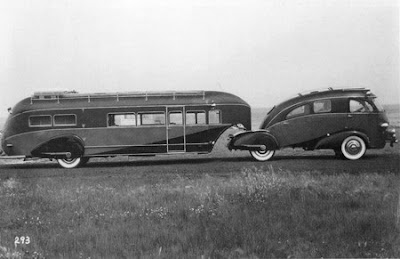 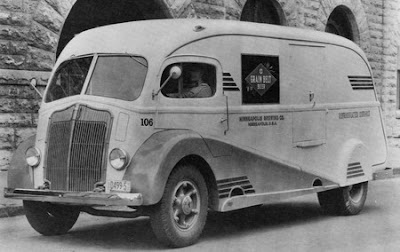 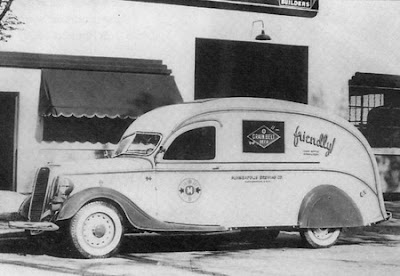