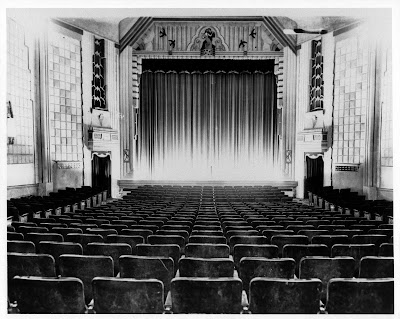 The Odeon Theatre in Parkdale was located on the south side of Queen at Fuller Av. These photos were supplied by Eric Veillette, author of this blog: Silent Toronto and definetely worth a visit. This theatre is not to be confused with an earlier Odeon which was located across the street and a little further west. 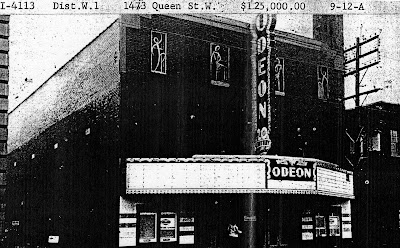 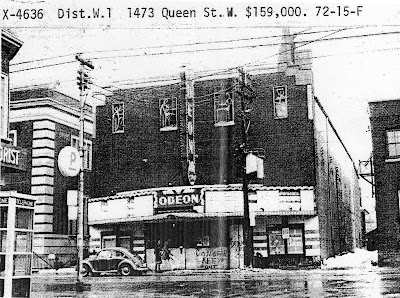 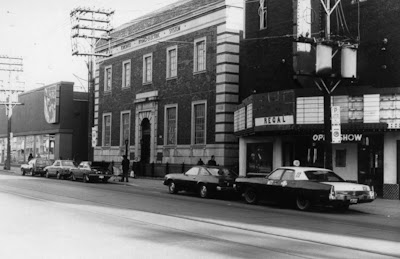 This was taken in 1976 by one of my neighbours. At the time it appears to called the Regal
and was demolished shortly thereafter. 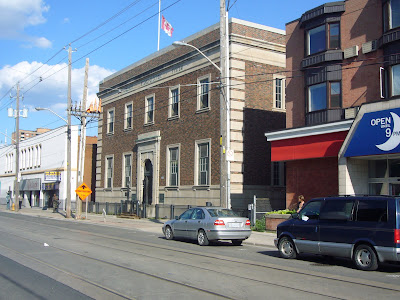 By 2010 the theatre is long gone and has been replaced by a Shoppers Drug Mart.
Posted by GBC at 2:23 PM No comments: