This post is a cop from Ephemeral New York but I think it could be seen here as well. On a recent trip to NYC I did take a photo that I thought was this lane but after consulting the website above I realized my mistake.
So please visit the link for the TRUE story.
The wrong alley will appear soon. 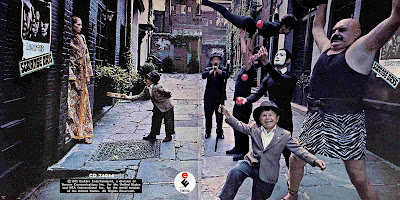 Strange Days cover by the Doors 1967. 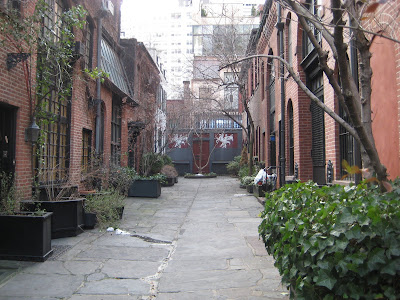 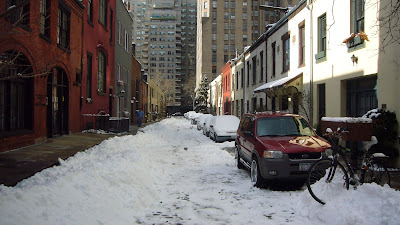 The wrong laneway off of University Place near Washington Square.
Posted by GBC at 4:19 PM No comments: 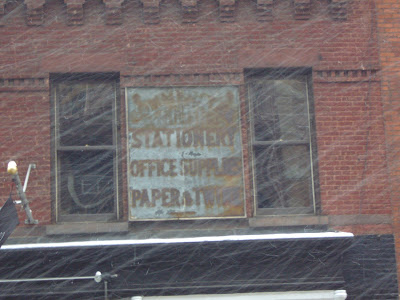 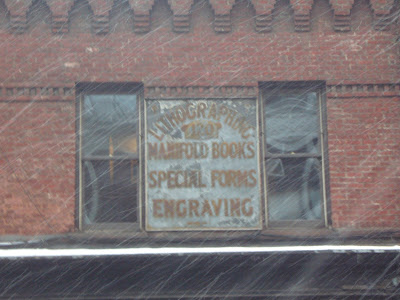 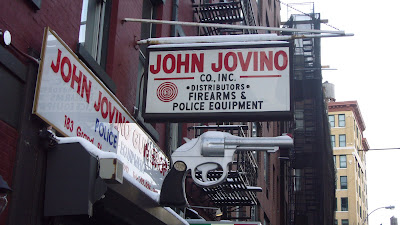 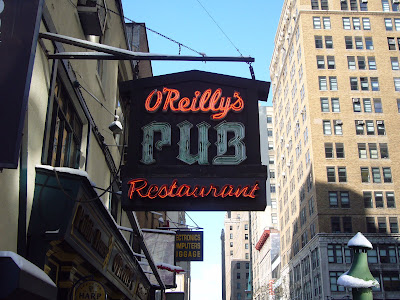 A selection of old store signs in New York City.
Posted by GBC at 4:02 PM No comments:

This derelict barber ship in Williamsburg, Brooklyn is quite stunning both in it's originality and state of urban decay. 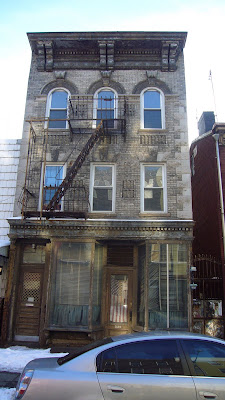 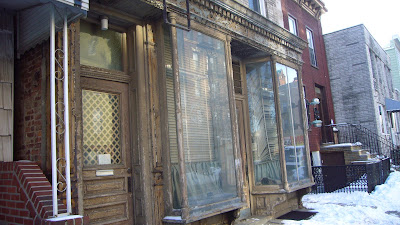 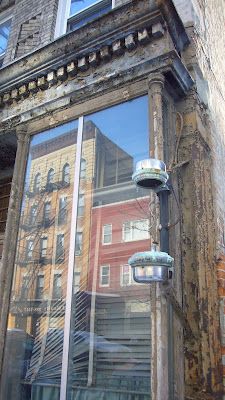 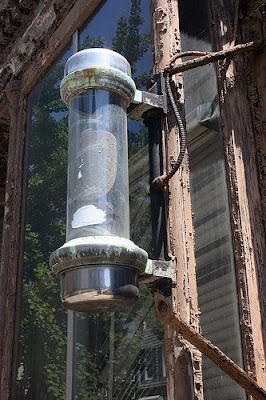 An older photo of the barber's pole before the glass was broken. An interesting story re: the origins of the traditional red and white striped pole:
Originally barbers were surgeons as well as hair cutters and would often travel with armies performing basic medical tasks such as stitching up wounds and amputations at the base camp. The pole represents a bloody bandaged arm......
The William Marvy Company still manufactures barber poles in the US. and this could well be one of theirs. 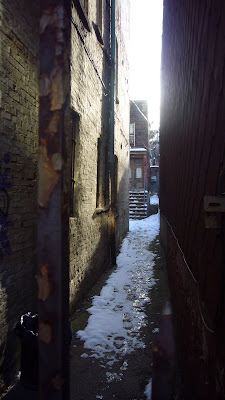 Looking down the side alley there appears to be a house at the back in a similar state of decrepitude waiting for the right owner to restore.
Posted by GBC at 3:43 PM No comments: 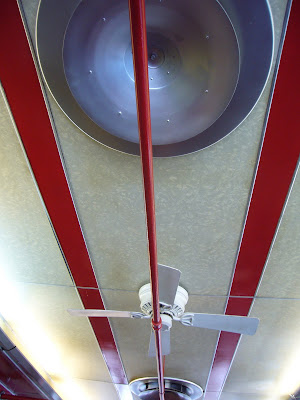 A decorative ceiling and cornice panelling in red and cream formica. 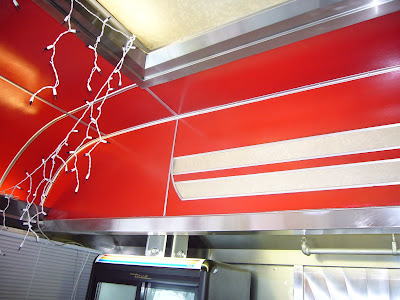 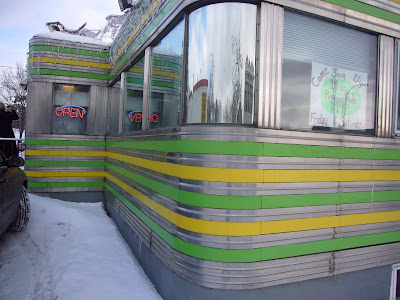 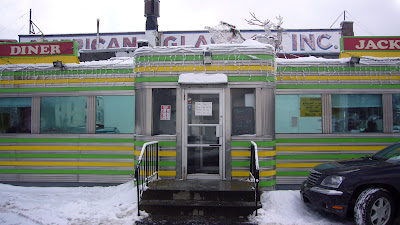 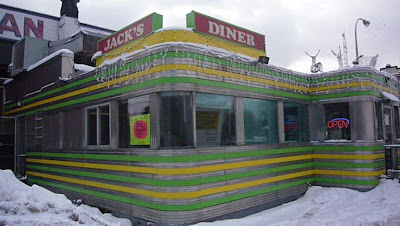 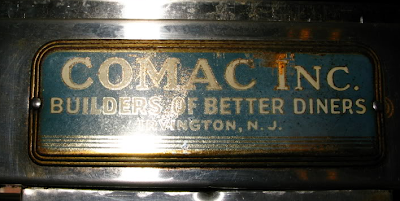