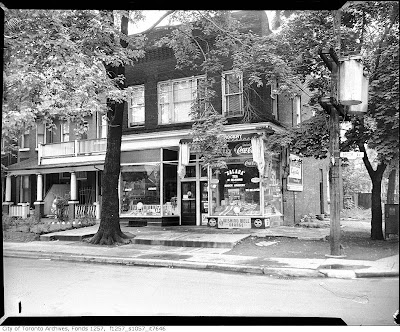 These two little corner stores were on the N/E corner of Brock and Franklin. 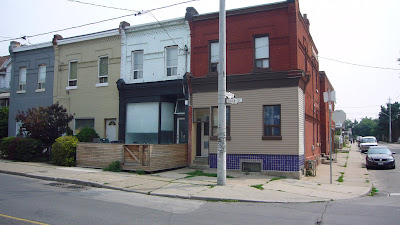 The building remains but the stores are long gone.
Posted by GBC at 4:22 PM No comments:

This group of worker's rowhouses on Brock just north of Queen appear to be in a sad state of repair as of April 1938. They were probably built in the 1880's and by the time these photos were taken already 50-60 years old. 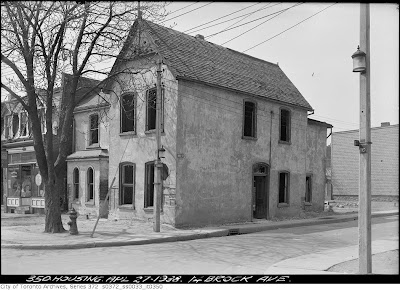 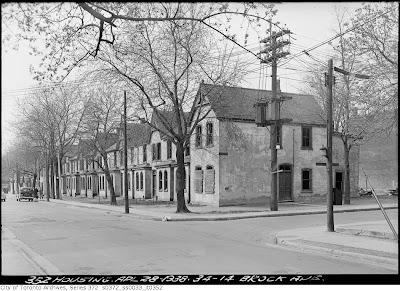 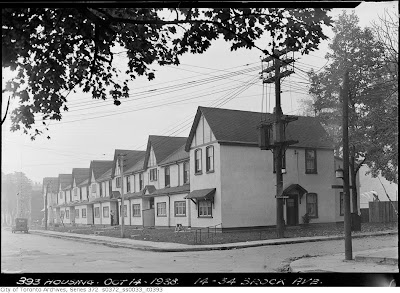 However 6 months later they've been restored and given a new lease on life. 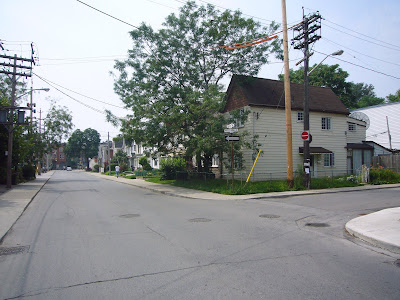 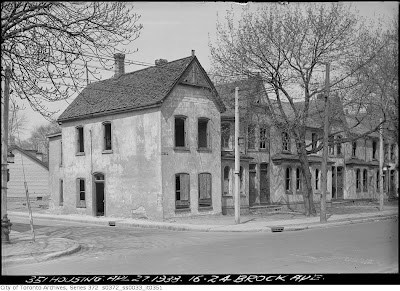 The same group, this time looking north in April 1938. 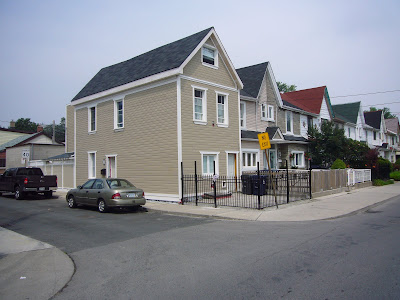 College and Brock/Then and Now 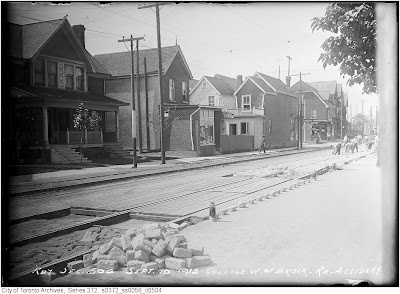 Looking west along College just west of Brock in 1915. 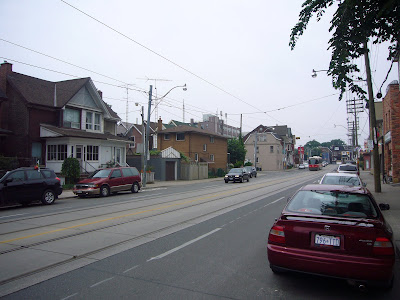 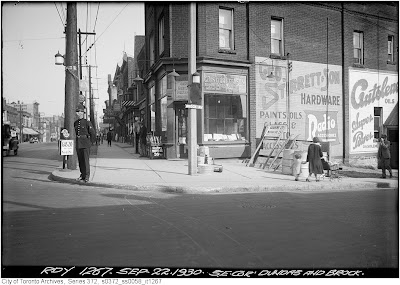 A different angle of George Stirrett and Sons Hardware 1930. 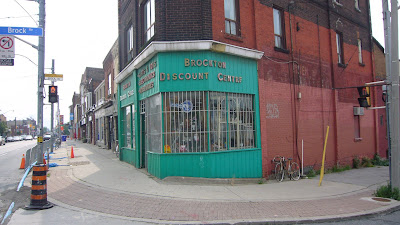 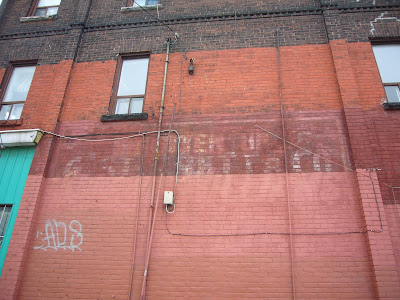 A ghosted sign is still visible on the side of the building.
Posted by GBC at 1:51 PM No comments: 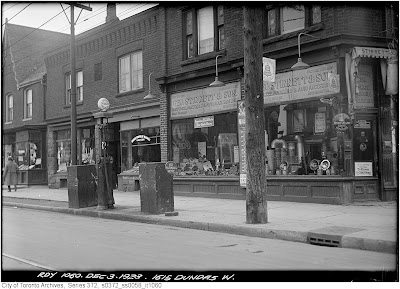 The S/E corner of Dundas and Brock in 1927. George Stirrett and Son Hardware store, sellers of hardware, paint, oils and auto accessories. Note the single gas pump by the curb to the left hand side of the photo. 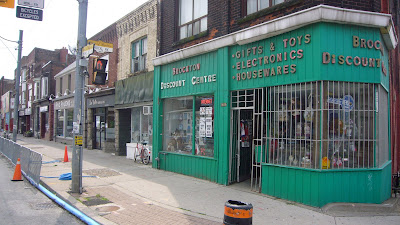 Like Parkdale, Brockton (Brock and Dundas) was a separate town until it was annexed by the city of Toronto in 1884. 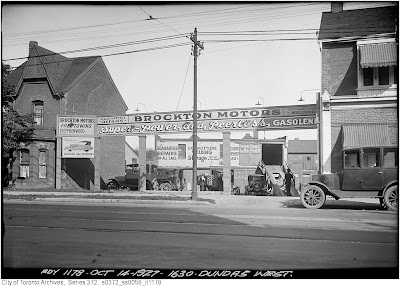 The north side of Dundas just west of Brock Ave. in 1927. 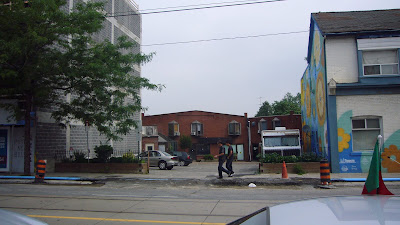 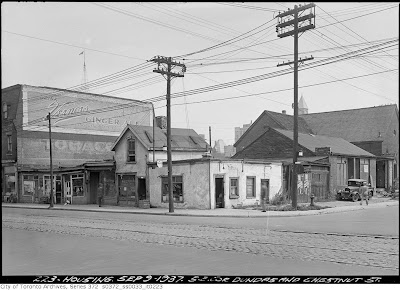 The S/E corner of Dundas W. and Chesnut in 1937 when this was known as the Ward. Toronto's
slum district. 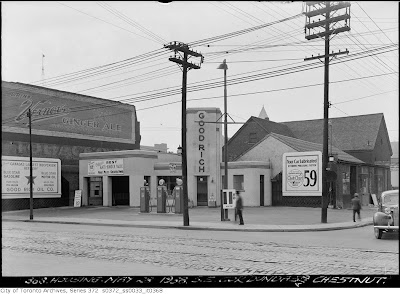 A year later and a very stylish Good Rich gas station has been built on the site.
Only 59c to lubricate your car. 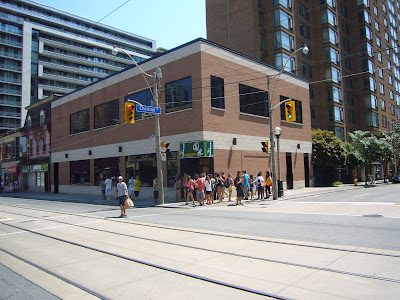