Bloor and Royal York/Then and Now 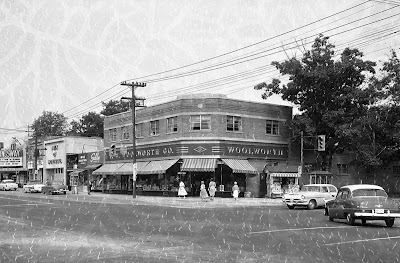 The N/W corner of Bloor looking west across Royal York Road in the late 1950's
The F.W. Woolworth store occupied the entire corner. I remember this one well as my
mother would take me there and we'd sit at the lunch counter at the back. 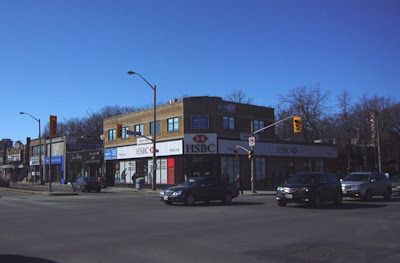 The same corner in 2010, at least the Kingsway is still there and still in business.Back in the late 60's and early 70's I could see a double bill matinee (with cartoons) for 50 cents.
The reason that they stopped selling popcorn in boxes and switched to tubs is because the kids would flatten the boxes and throw them at the screen like Frisbees. 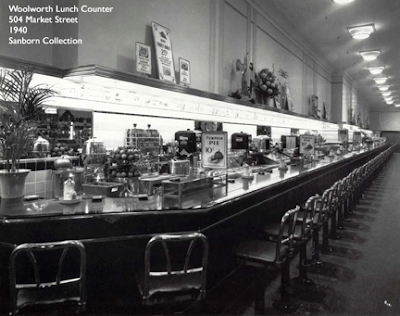 The Woolworth lunch counter looked very much like this one in New York City. 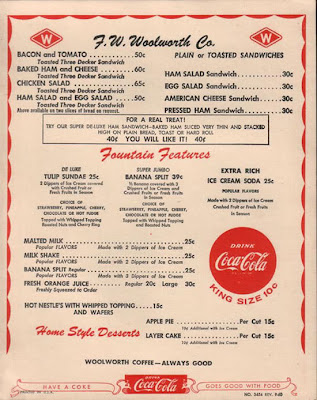