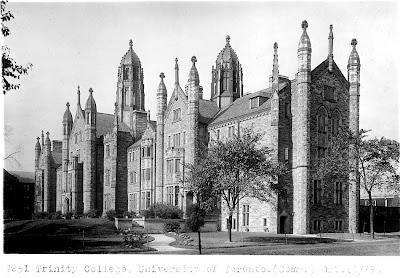 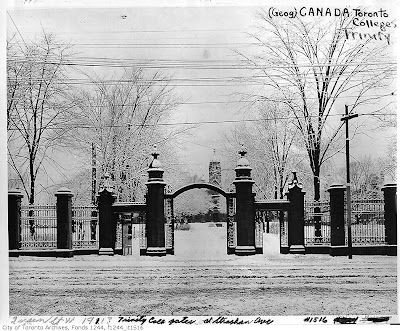 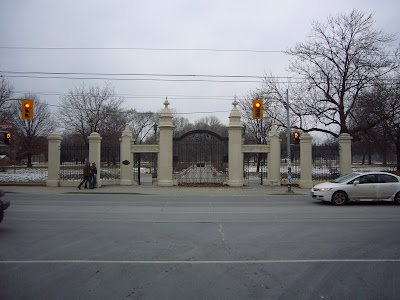 Only the gates remain in 2010.
This from Now and Then Toronto.
"Much of the current park land was originally purchased from a Mrs. Cameron of Gore Vale in 1851 by Scottish-Canadian Bishop John Strachan, an influential Anglican deacon who wanted Toronto to have a private school with strong Anglican ties, partly in opposition to the recently secularized University of Toronto. Buildings were soon constructed and students began attending Trinity College in 1852. After federation with the University of Toronto in 1904 and completion of the downtown Trinity campus in 1925, the school left this location. The original buildings were then sold to the City of Toronto and most were demolished in 1956. Of the college itself, only the stone and iron gates now remain, at the Queen Street park entrance facing south on Strachan Avenue, although the former St. Hilda's College building, (the women's residence of Trinity College) still overlooks the northern half of the park on the western edge. It is now a seniors' residence, John Gibson House."
Posted by GBC at 12:38 PM No comments:

Richmond and Bathurst Street/Then and Now 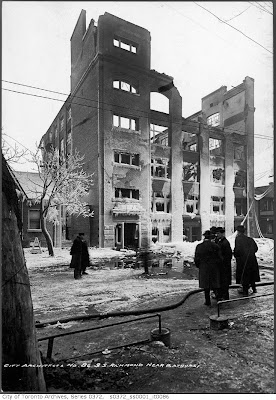 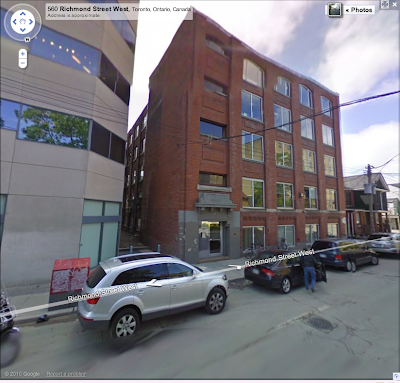 2010.
Despite suffering serious fire damage in 1914, this warehouse on Richmond east of Bathurst was rebuilt (less one storey on the tower) and still stands today. 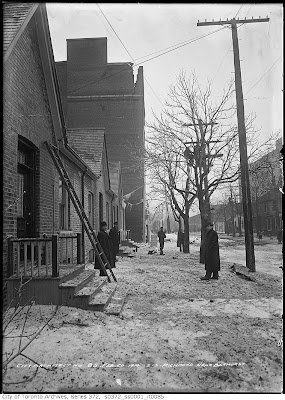 Looking west past the burned out shell. 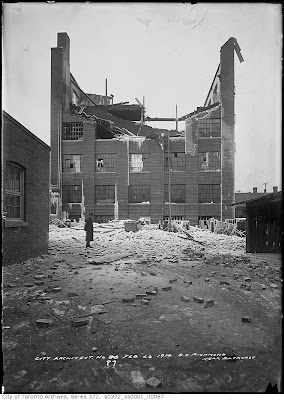 A view from the back.

Parliament and Richmond/Then and Now 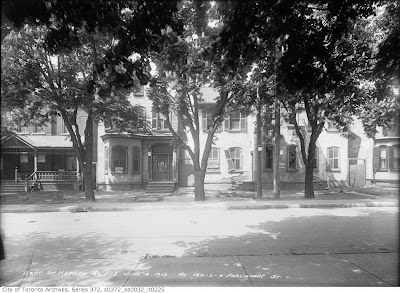 I'm not positive but I think these houses on Parliament are the same. 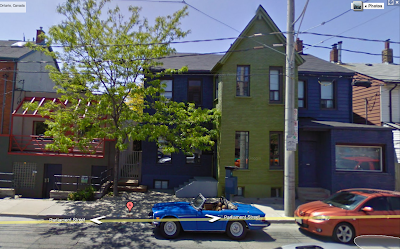 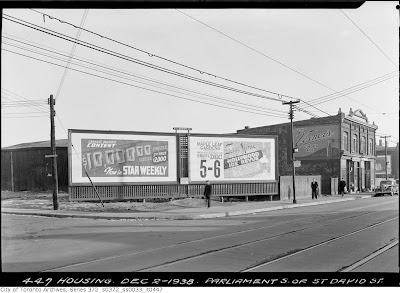 Looking south on Parliament from Saint David in 1938. 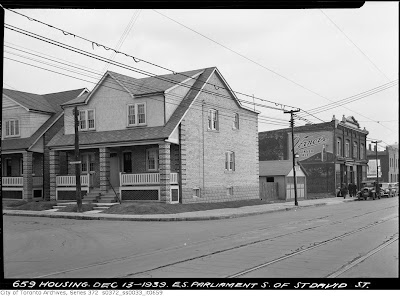 One year later some new houses have been built. 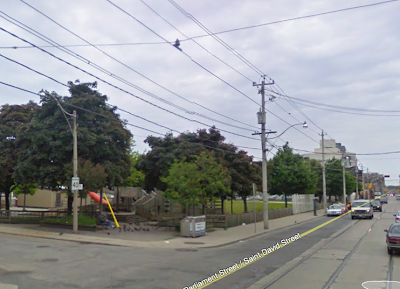 Parliament and Shuter/Then and Now 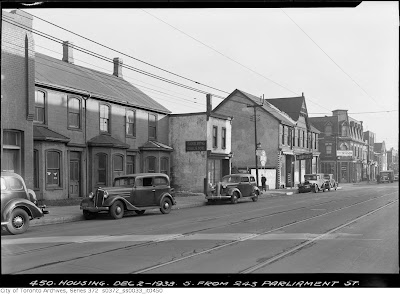 Looking south down Parliament towards Shuter on the east side in 1938. 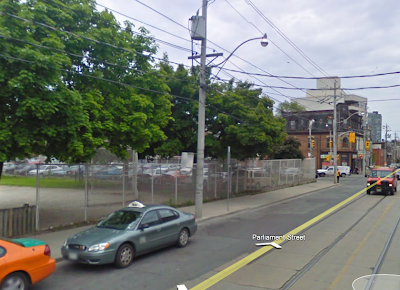 Ryerson and Wolseley/Then and Now 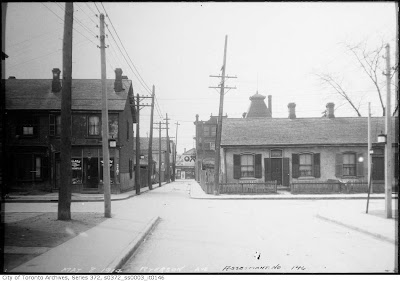 Looking south down Ryerson Ave. towards Queen West in 1914 before the street was widened. 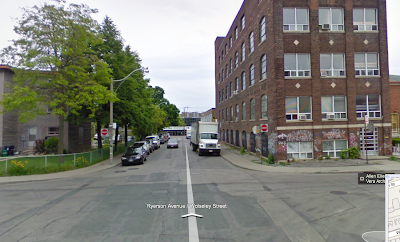 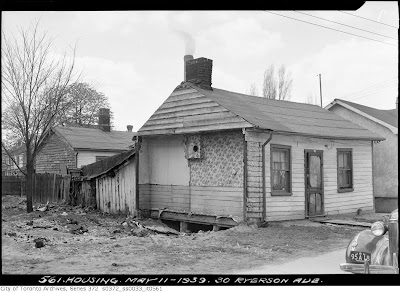 A small cottage on Ryerson in May of 1939 probably under work orders for repairs. 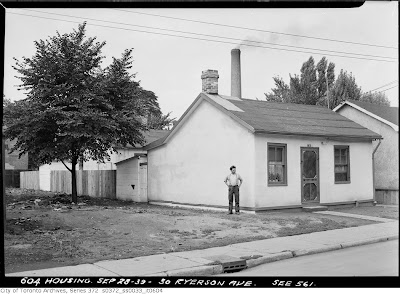 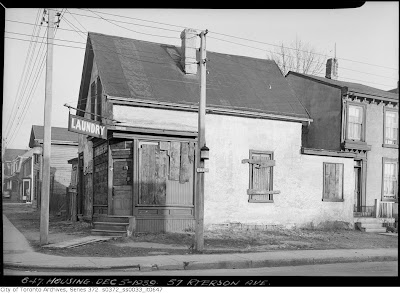 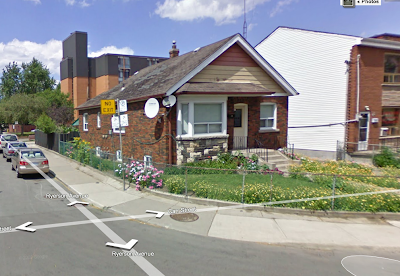 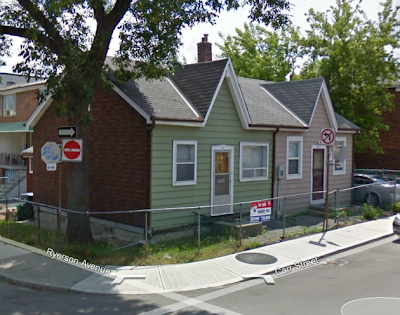 Although most of the houses in this area were demolished in the late 1930's/40's
these two managed to survive.
Posted by GBC at 9:41 AM No comments: 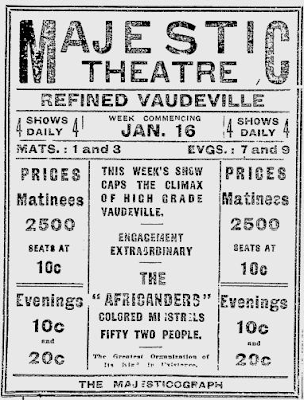 An advert from 1911 for the Majestic Theatre.

These photos,taken in 1913 show the interior and exterior of the Majestic Theatre (The Majesticograph) located on the N/W corner of Queen West at Ryerson. I suspect at the request of the Fire Department as the exits seen dubious at best. 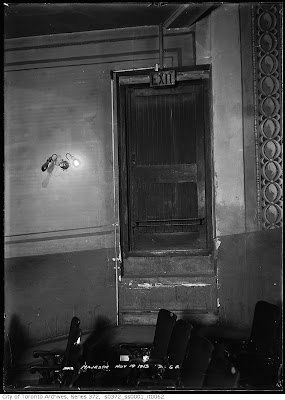 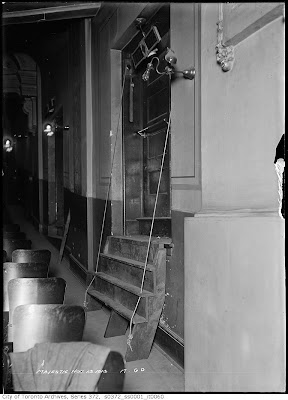 Fire exit with pull down stairs. 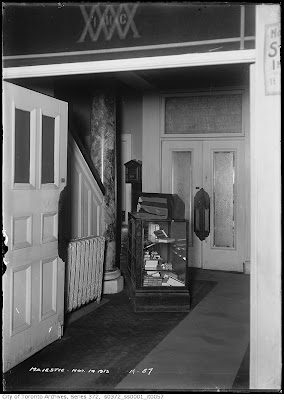 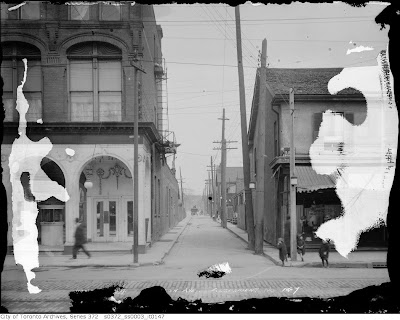 At some point the building was demolished and Ryerson was widened. The store on the right remains intact. 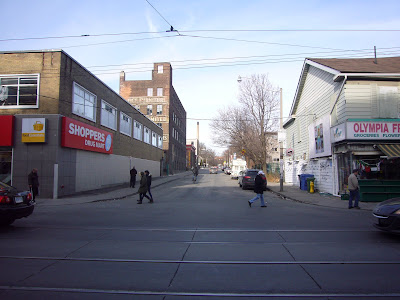 King and Berkeley/Then and Now 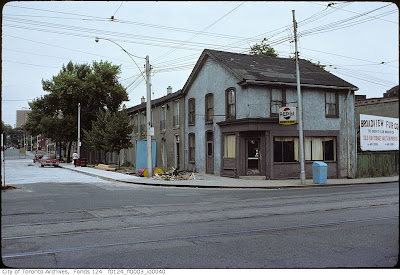 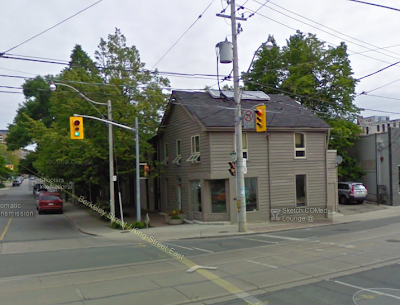