Queen and University/Then and Now 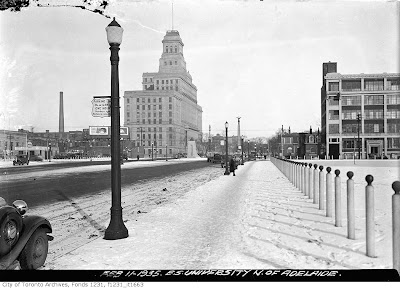 This is a repeat of an older post but is worth looking at.
Looking north up University from Richmond in the winter of 1935 shortly after University had been extended south of Queen. 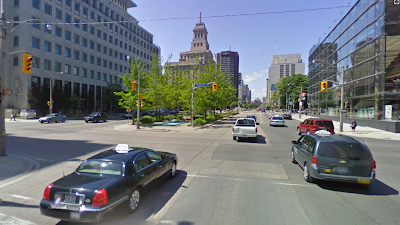 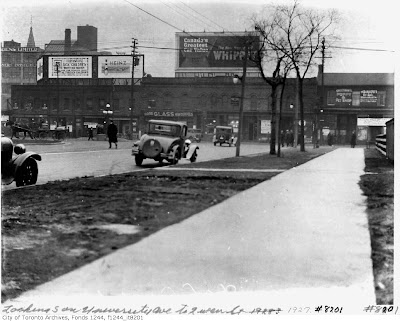 Looking south to Queen in 1927 when University ended here. 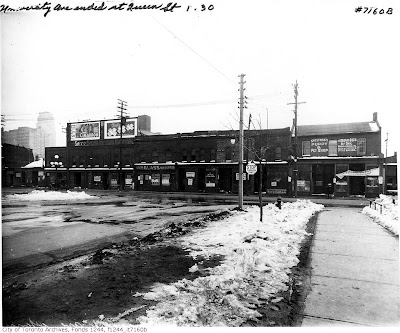 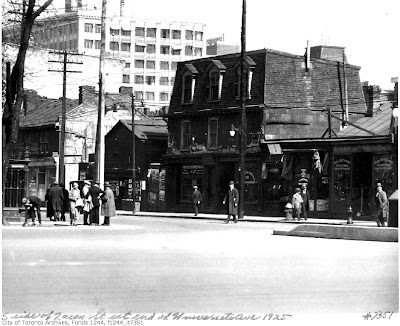 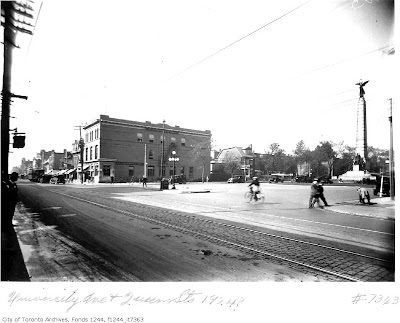 Looking west along Queen past University 1924. 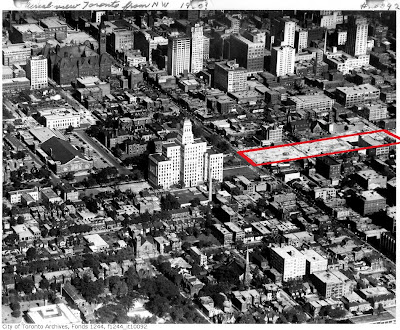 The area in red reveals the extant that Queen, Richmond, Adelaide, Pearl, King and Wellington were cleared for the extension.

Queen looking west. The cleared area can be seen to the right. Even the buildings that were spared wouldn't last much longer. 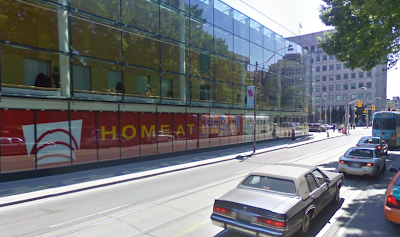 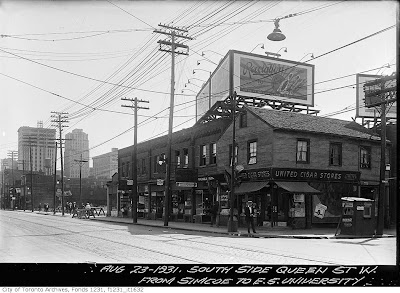 The south side of Queen between Simcoe and University, 1931. 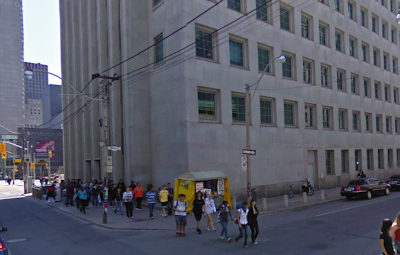 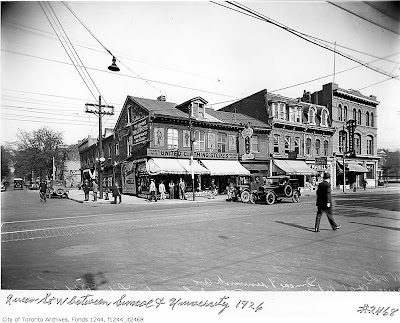 And finally, the north side of Queen between Simcoe and University, 1926.
A closer look at this photo reveals the hotel on the right is called the Rex.
The Rex still exists one block west at St. Patrick. 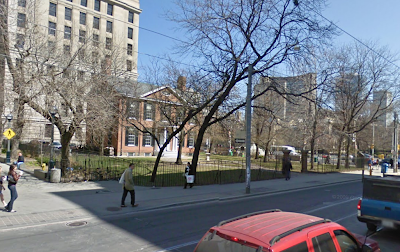