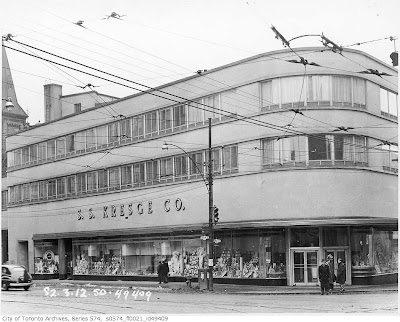 A stitched panorama of the east side of Yonge south of Carlton.
I'm not sure when the Kresge's was torn down but it was a great example of Art Moderne design.
Posted by GBC at 9:32 PM No comments:

Queen and Euclid/Then and Now 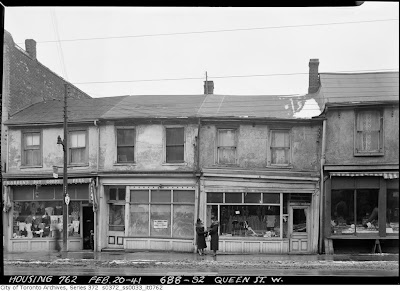 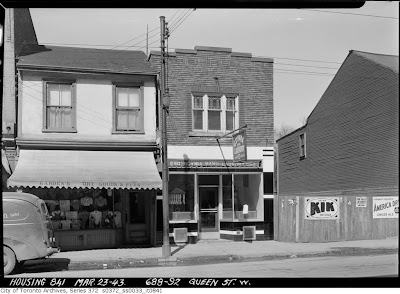 Two years later only the one on the left remains (restored) and a replacement has been built with a vitrolite facade. 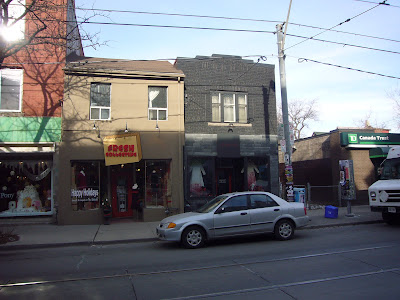 Yonge and Elm/Then and Now 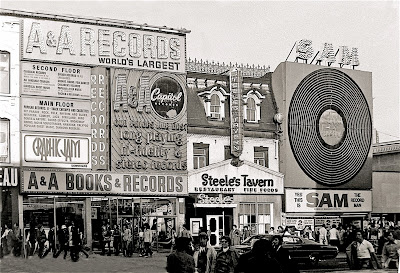 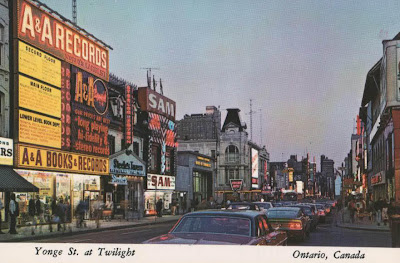 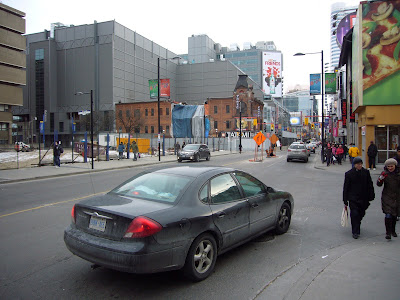 Yonge and Dundas/Then and Now 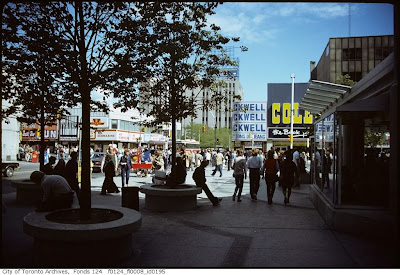 The intersection of Yonge and Dundas in the mid 1980's. 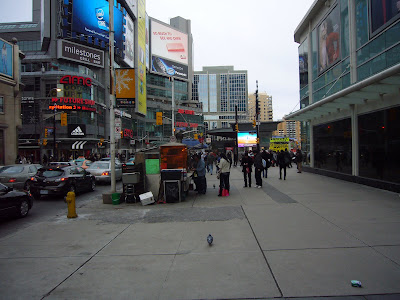