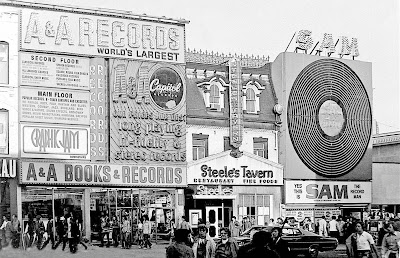 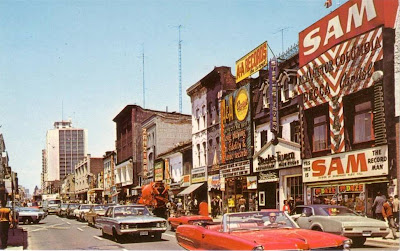 Yet another example of why the 1960's were better.....
Cool cars, cool signs and the Beatles.
Vintage postcards courtesy of Chuckman's. 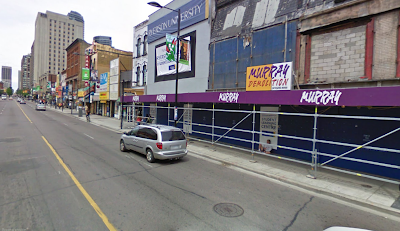 Labels: A and A Records, Sam the Record Man, Steele's Tavern, Yonge Street in the 1960's 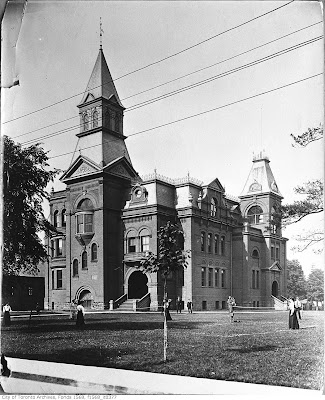 Parkdale Collegiate 1905.
From Wikipedia:
Parkdale High School opened in the Masonic Hall on Dowling Avenue in 1888. When the town of Parkdale was annexed to the City of Toronto a year later in 1889, Parkdale High School moved to its new residence on Jameson Avenue where it became the Jameson Avenue Collegiate Institute, and later the Jameson Collegiate Institute. In 1910, the school was renamed to its present name of Parkdale Collegiate Institute. The original building served until 1928 and then demolished while the school moved to the present structure which was completed in 1929. The school has had two additions, the most recent in the 1960s. Parkdale is the second oldest secondary school in the old City of Toronto. 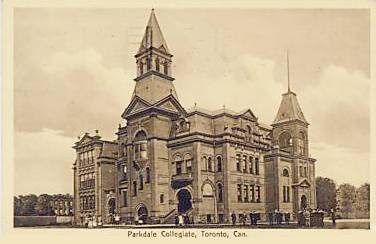 Another postcard from the Chuckman Collection. Parkdale Collegiate. 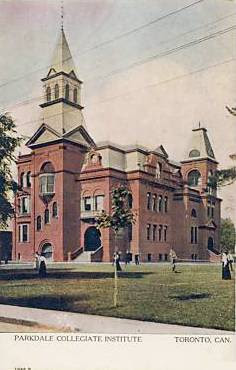 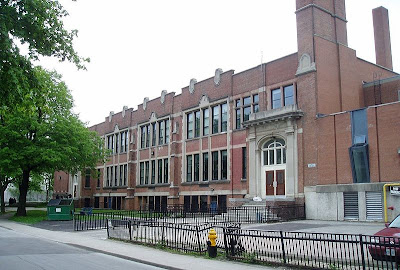 The current school. My father was the Head Boy in 1951 and my Aunt Margaret, the Head Girl. 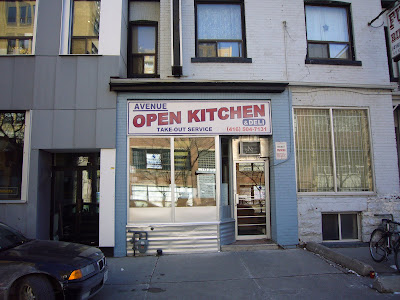 If your in the Queen and Spadina area and are looking for a Quick lunch the Avenue Open Kitchen Diner on Camden Street is highly recommended. It's not very big but the food is great.
Your basic burger, fries, corned beef, Greek salad kind of place.
Sorry, no frittata with raspberry drizzle here. 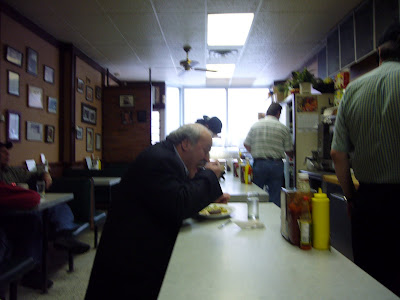 The counter at lunch. 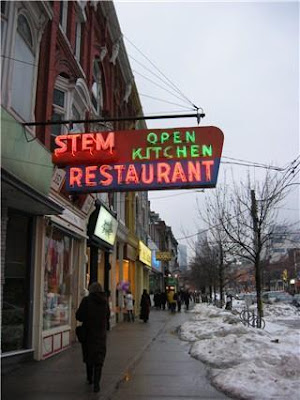 Sadly, the Stem on Queen is no more. 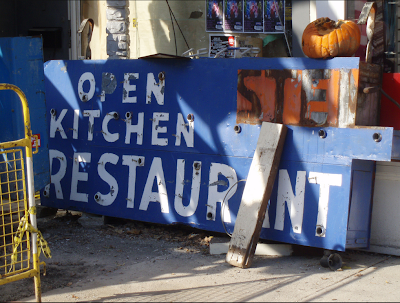 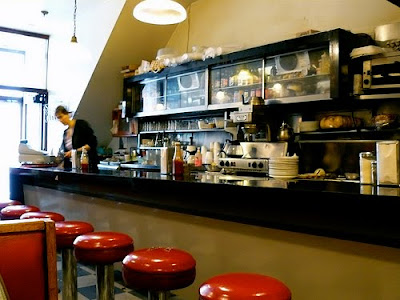 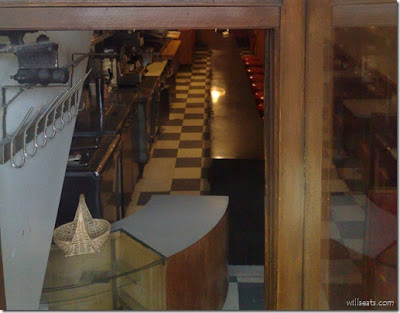 Through the window after it closed.
Posted by GBC at 10:35 AM No comments: 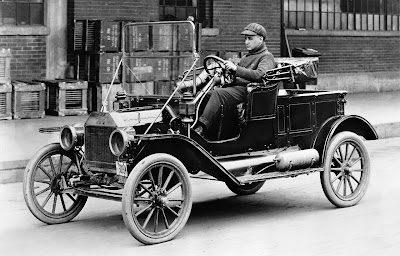 Ford of Canada began assembling cars at this purpose built factory on Dupont Street in 1915. The cars were shipped here in kit form by rail and assembled. There was a test track on the roof and the ground floor was the showroom. Ford sold the building in 1924 and transferred the operation to the Danforth. Being an efficient man and disliking waste, even the dimensions of the shipping crates for parts were strictly specified as the crates themselves were incorporated into the floors of the cars being assembled. 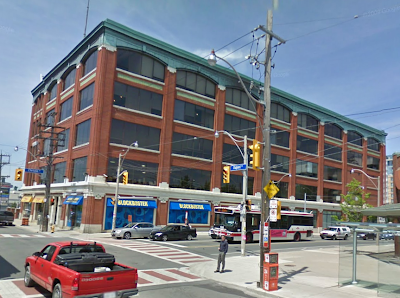 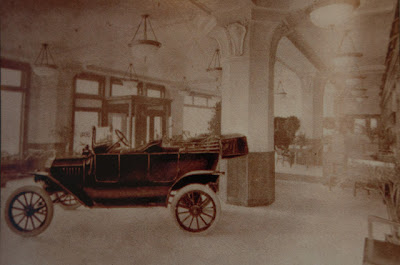 A shot of the ground floor showroom. 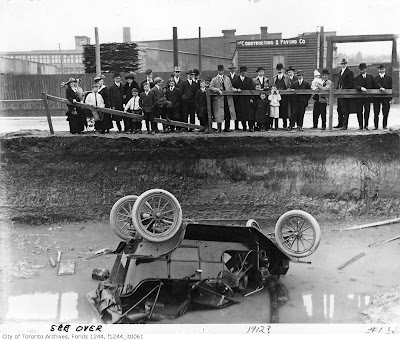 An interesting photo from the archives that prompted this article.
Labelled Dupont and Christie 1912?, it shows what appears to be a brand new Model T
overturned in a ditch. It's quite possible that a customer, having taken delivery of his new car promptly crashed it outside the factory. It's just speculation of course but the salesmen at McBride Cycle on Dundas had countless stories of customers wrecking their new motorcycles right in front of the showroom.
Posted by GBC at 8:18 AM 5 comments: 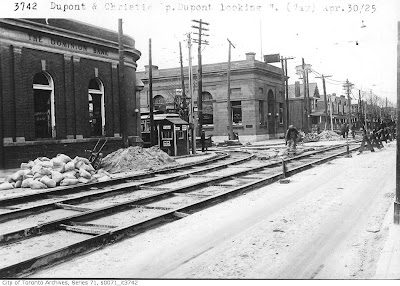 Looking west along Dupont across Christie in 1925. 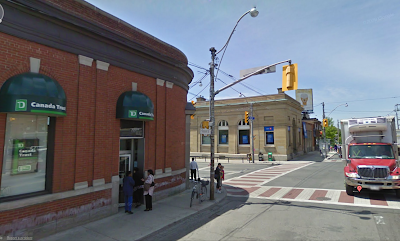