Queen and Manning/Then and Now

Patrick Cummins has been documenting the evolution of this corner since 1979 and I'm glad he did. Queen Street was once lousy (amply supplied) with small diners. As tastes change they've disappeared one by one. 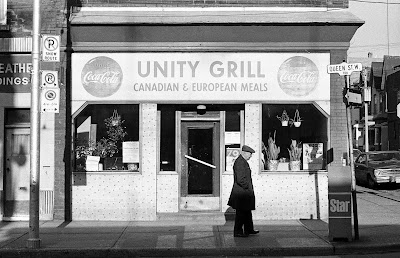 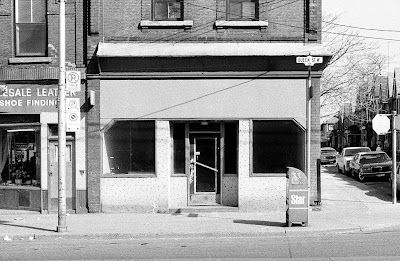 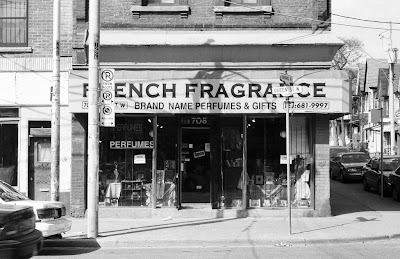 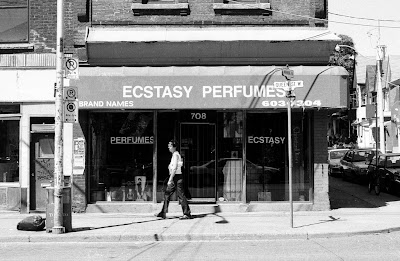 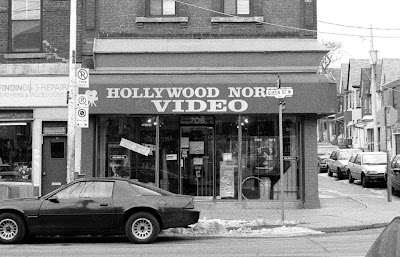 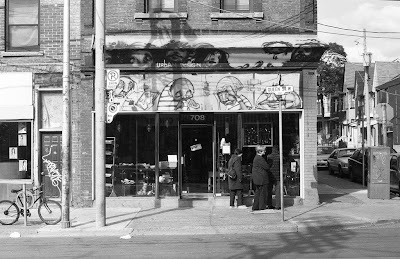 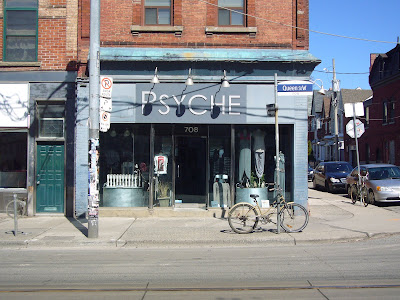 2012
For a much earlier look at this building click here.
Posted by GBC at 6:35 PM No comments:

Labels: Queen and Manning/Then and Now

Queen and Ossington/Then and Now 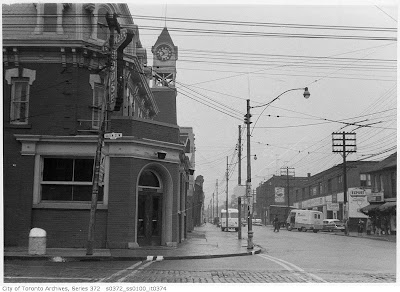 The N/W corner sometime in the 1950's, when it was called the Columbia Hotel. 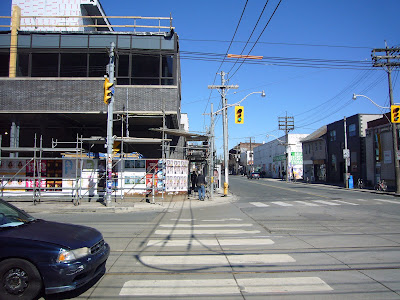 2012.
For more on this old hotel and the strange case of James Earl Ray click here. 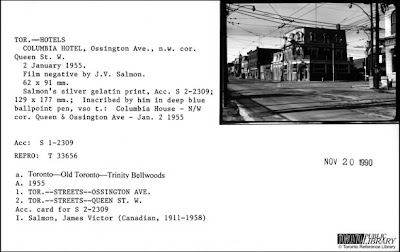 Labels: Queen and Ossington/Then and Now

Queen and Beverley/Then and Now 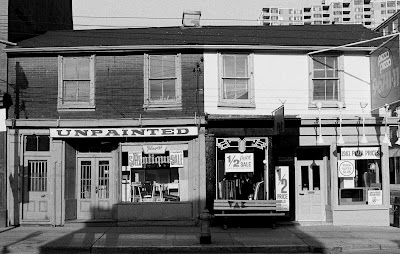 The N/W corner of Queen and Beverley in 1983. This simple wood frame building is probably one of the oldest stores on Queen West and is occupied by a furniture store, a used clothing store (Fab) and a small Pizza Pizza outlet. Note the sagging roof and crooked windows. 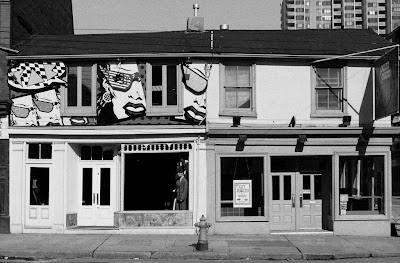 By February 1988 Fab had taken over the left side and Pizza Pizza the right. 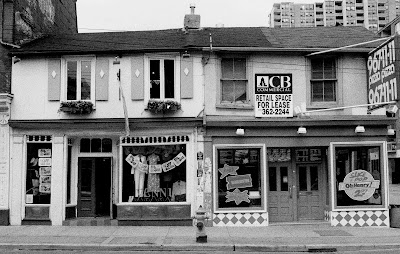 By the spring of 88 Fab is gone and the space building is for lease. 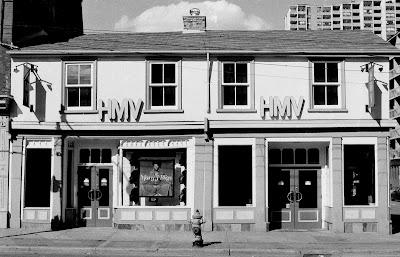 HMV soon took over the building and did some major structural work with an addition to the rear but still retained the facade and much of the wood details. Thanks to Patrick Cummins for documenting the transitions. 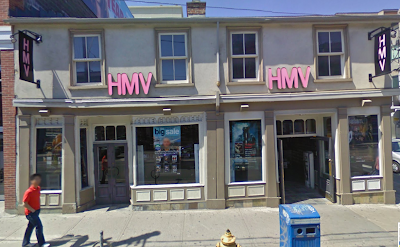 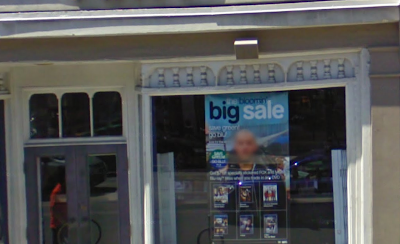 Dundas and Beverley/Then and Now 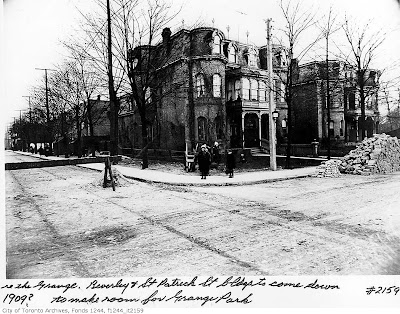 The S/E corner of Dundas (then St. Patrick) and Beverley circa 1909 with a note saying these homes are to be demolished. 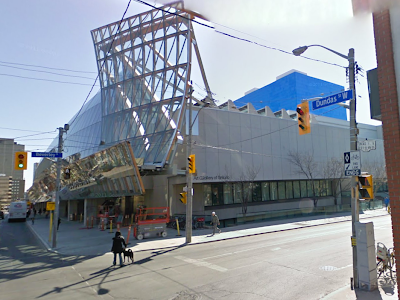