Edward and Elizabeth/Then and Now 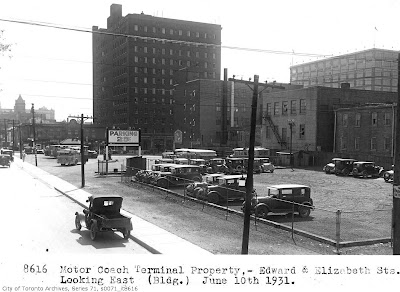 The S/E corner of Edward and Elizabeth Streets looking towards Bay in the Summer of 1931 prior to construction of the new Bus Terminal. 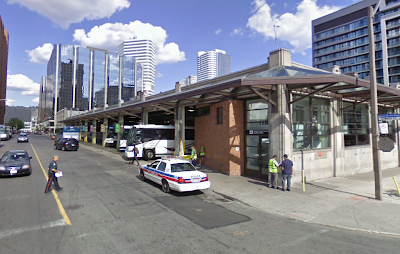 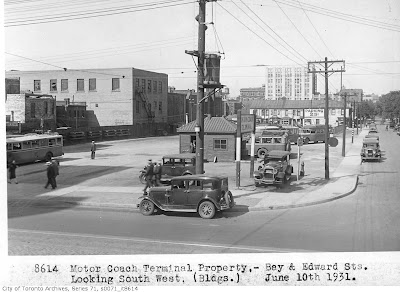 Looking west along Elizabeth from Bay.
Although the Terminal had not yet been built the site was still being used to ferry passengers. 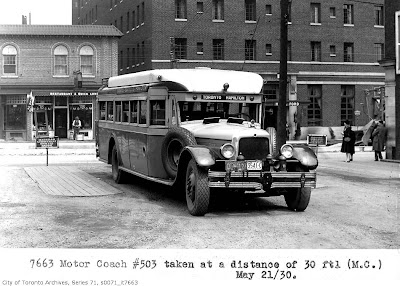 Note the diner in the background. Even in the 1930's people wanted a "Quick Lunch" 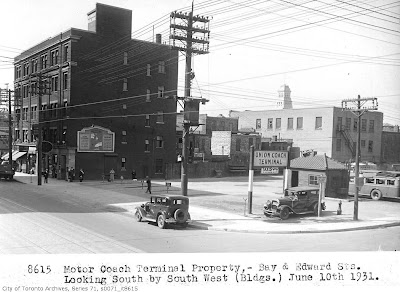 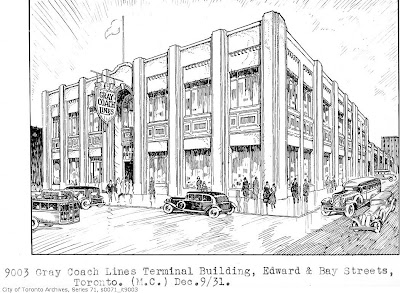 An artists rendering of the new terminal. 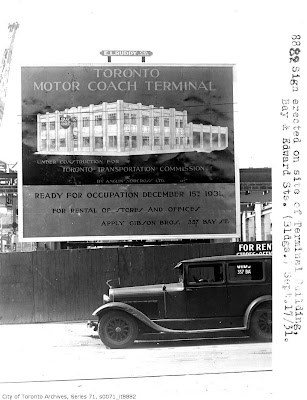 Coming soon! The sign says it will be ready in three months! 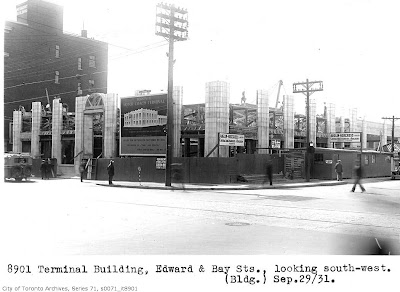 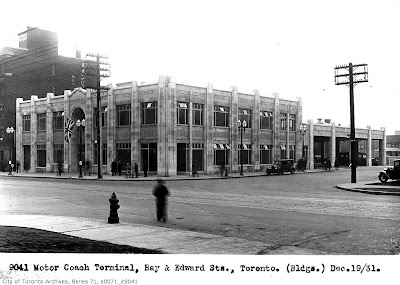 Completed on time! No wonder everyone wanted a "Quick Lunch", they had to get back to work! 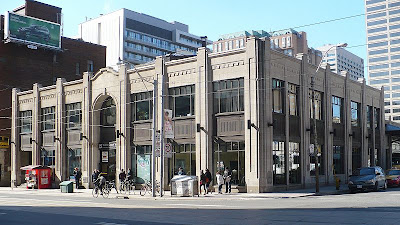 As it looks today. 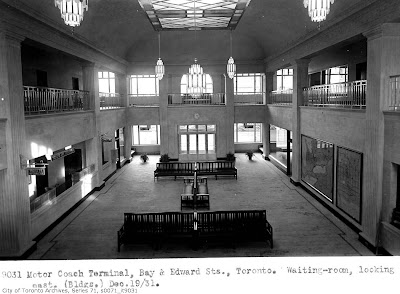 Some shots of the Art Deco interior when it was new. 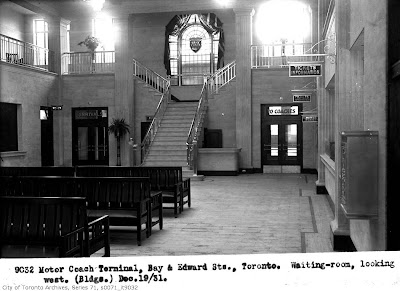 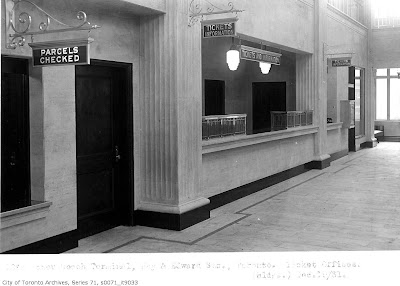 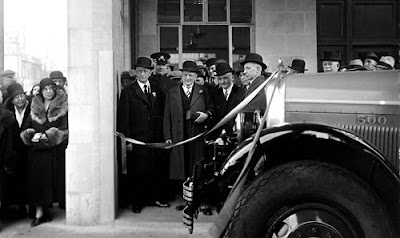 The first bus to depart from the new terminal.
It's a testament to the men and women that worked on the new terminal that it was built on time, to a high standard of craftsmanship and that it's still standing and functional eighty years
later. How long does it take to get new cabinets in a kitchen these days?

A vintage matchbook from the Terminal Restaurant courtesy of the Chuckman Collection. 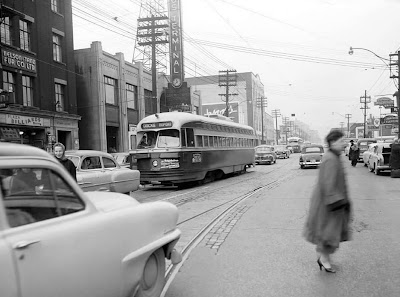 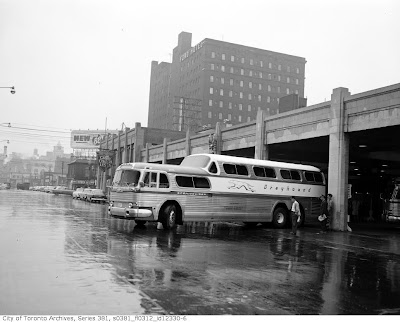 A Greyhound Vista Cruiser from the early 1960's departs from the terminal.
Posted by GBC at 5:00 PM No comments: 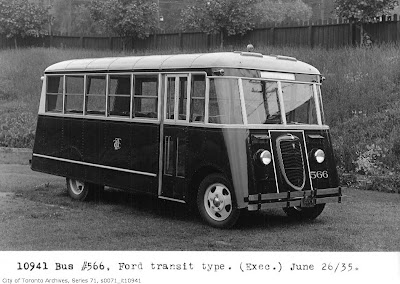 What I assume to be a prototype bus built by Ford for the TTC in 1935. I've never seen one like this before nor have I seen any photos of one in service. 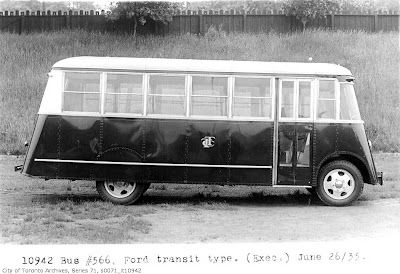 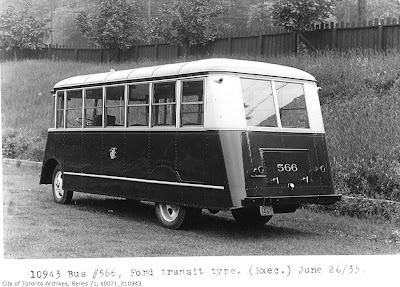 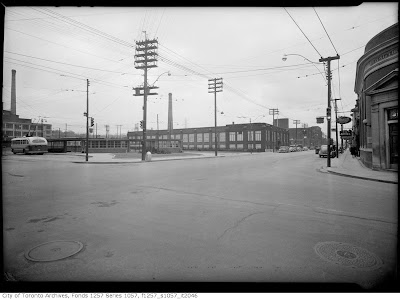 The N/E corner of Dupont and Christie in the mid 1940's, showing the bus loop and the old Evening Telegram offices in the distance. 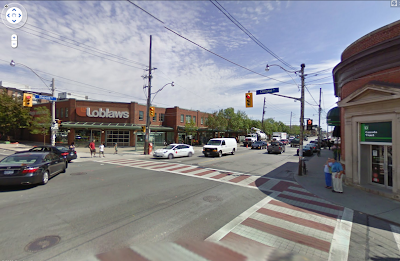 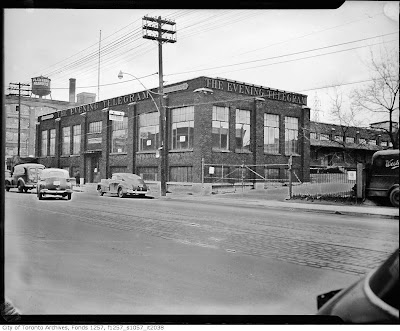 The Telegram offices on Dupont with the Planter's Peanut Building in the background. 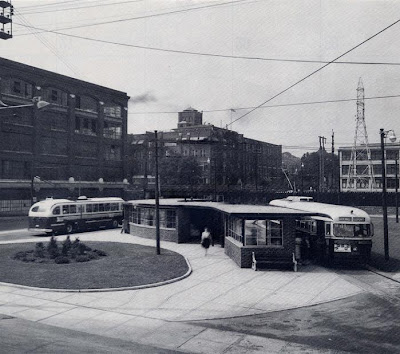 Another shot of the loop looking north.
Posted by GBC at 1:53 PM 1 comment:

Labels: Dupont and Christie/Planter's Peanut Building, the Evening Telegram, Then and Now

John and Stephanie Street/Then and Now 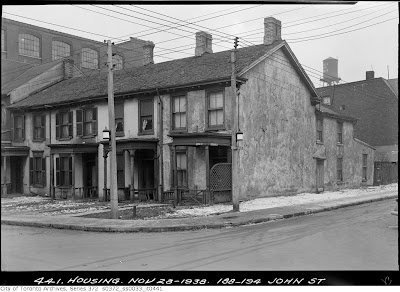 The S/W corner of John and Stephanie in 1938.
John Street is named after John Graves Simcoe, the founder of York and the first Lieutenant Governor of Upper Canada. 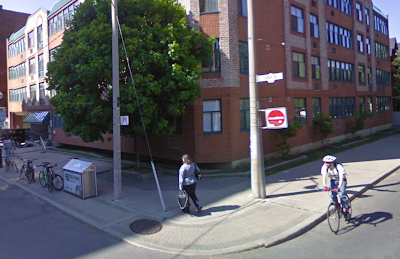