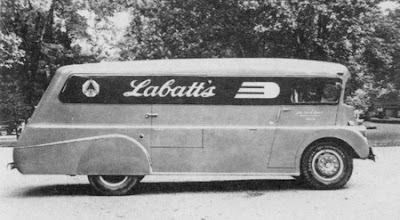 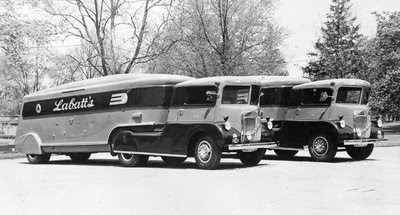 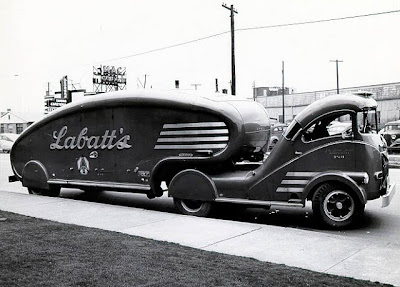 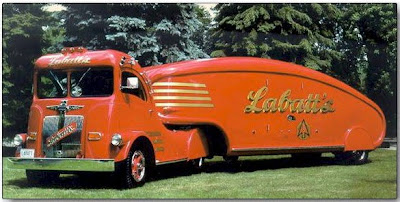 This one's been restored and makes the vintage car show rounds. 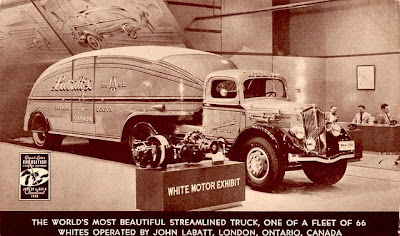 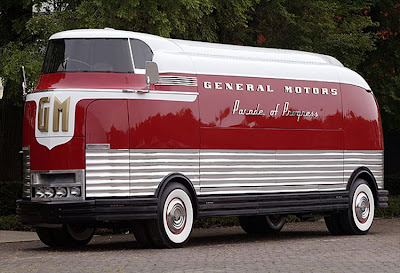 You don't see one of these everyday.
1953 GM Futureliner Motorama Dream Car.
The General Motors Motorama was an auto show staged by GM from 1949 to 1961. These automobile extravaganzas were designed to whet public appetite and boost automobile sales with displays of fancy prototypes, concept cars and other special or halo models . 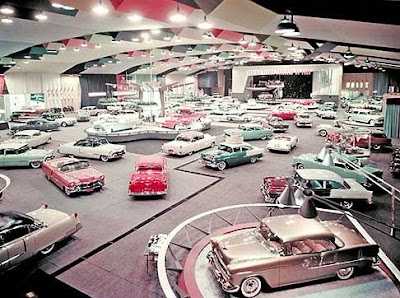 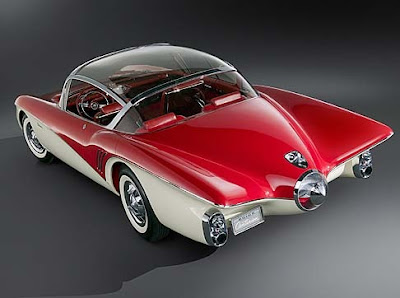 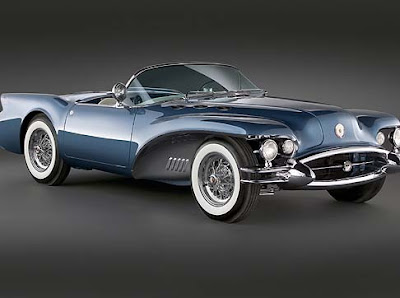 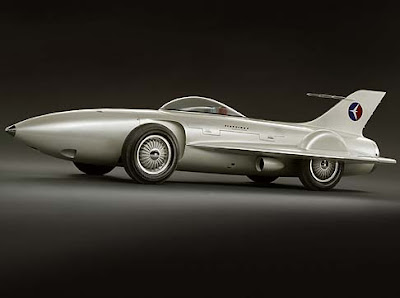 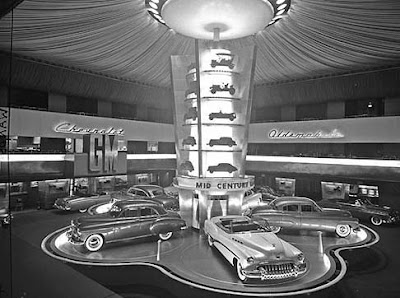 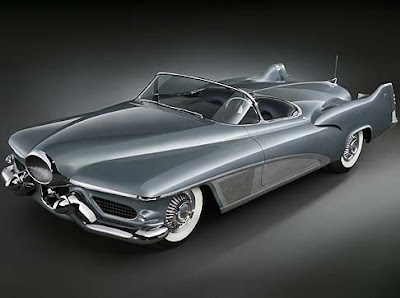 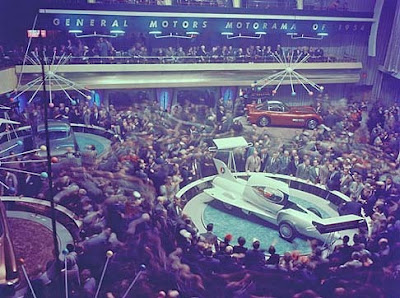 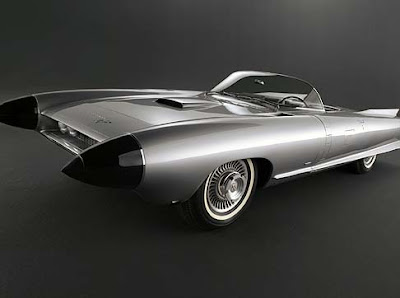 Danforth and Jones/Then and Now 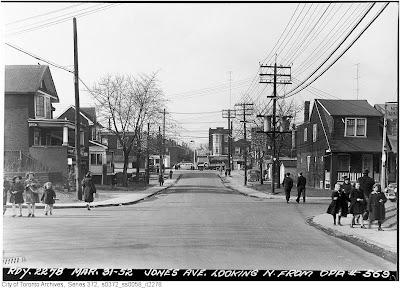 Jones Ave in the east end looking up to the Danforth, 1952. 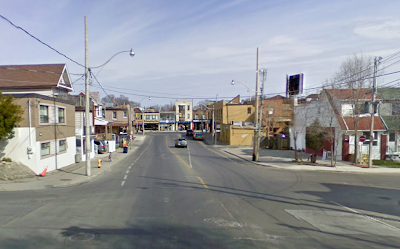 Labels: Danforth and Jones/Then and Now

Greenwood and Gerrard/Then and Now 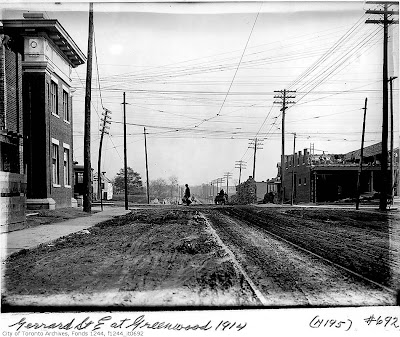 Looking east along Gerrard across Greenwood in 1914. 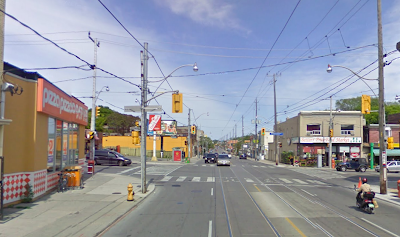 Labels: Greenwood and Gerrard/Then and Now

Dundas and St. Patrick/Then and Now 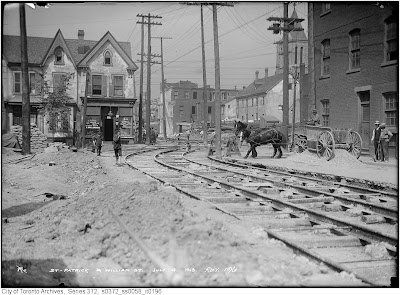 Looking west on Dundas past St Patrick in 1913. 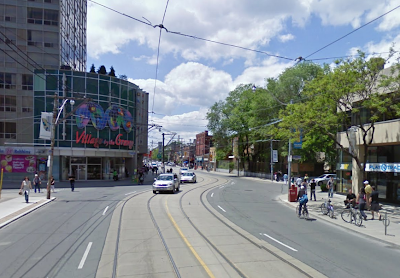 A similar view in 2010, the stone church on the right is still there. 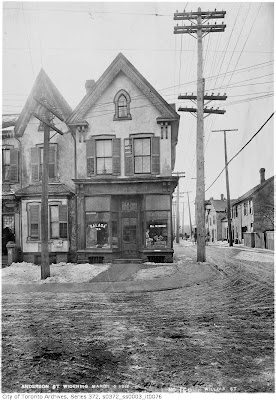 Some earlier shots taken in anticipation of the street widening. 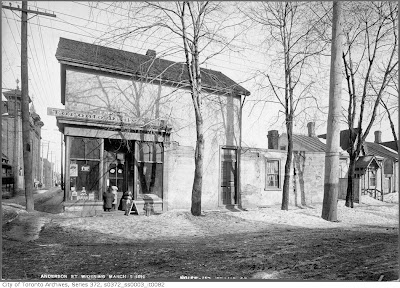 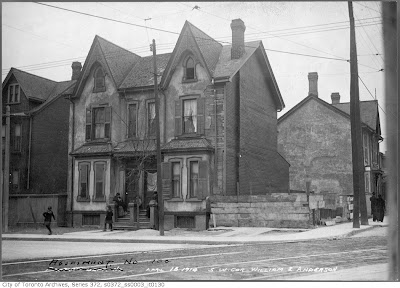 These houses and stores would all be demolished to accommodate the widening of Dundas Street as it was being pieced together form several smaller streets. 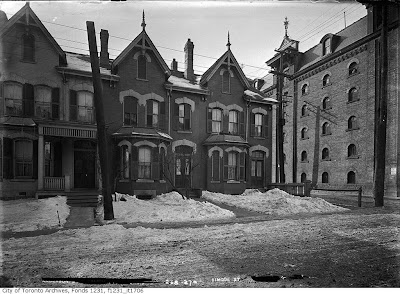 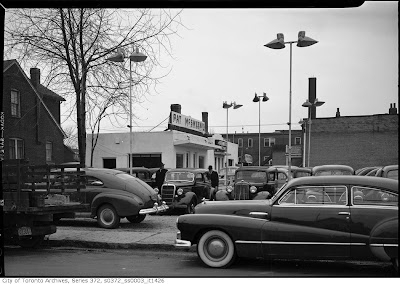 A nice shot from the archives of Pat McSweeny's Car Lot at the S/W corner of Danforth and Coxwell sometime in the late 1940's.
Posted by GBC at 1:20 PM No comments: 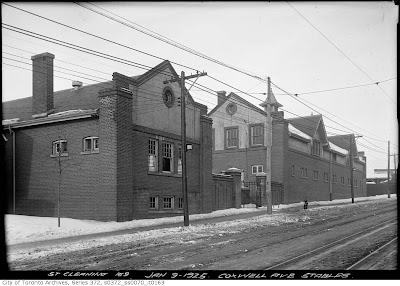 The Stables on Coxwell north of Gerrard built in 1919 and seen here in 1925.
Harald Bauder & Angelica Suorineni have this to say:
"The area had other prominent public and recreational facilities. The Coxwell Stables (on Cowell Ave. just south of the train tracks) were built in 1919 to accommodate the horses that pulled Toronto’s Public Works Department vehicles. After the horse-drawn vehicles were replaced with automobiles, trucks and other machines, the stables were used mainly as a storage facility. In 1981, the Toronto Historical Board designated the building a historical site and CityHome, the City of Toronto’s non-profit housing company, subsequently bought and renovated the site to offer affordable rental housing (Canada Mortgage and Housing Corporation, 2010; Toronto Community Housing, 2010)." 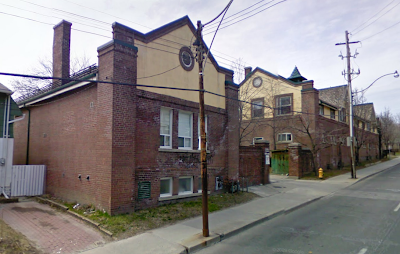 Today it's community housing.
Posted by GBC at 1:13 PM No comments: